With Part three, we’ve reached the end of this week’s Magic Kingdom update. See part one and part two if you missed them. But there was some breaking news today about New Fantasyland that will help fill up our calendar over the coming months.

First Disney World announced the closing date for Snow White’s Scary Adventures in Fantasyland. May 31st is the final day to ride this 1971 original attraction. It will be replaced later this year with “The Princess Fairy Tale Hall.” Snow White will still have a presence in the park when the Seven Dwarfs Mine Train opens in late 2013 or early 2014. I’m very sad to see the dark ride go, particularly to make way for a meet and greet, but I am excited about the new roller coaster. 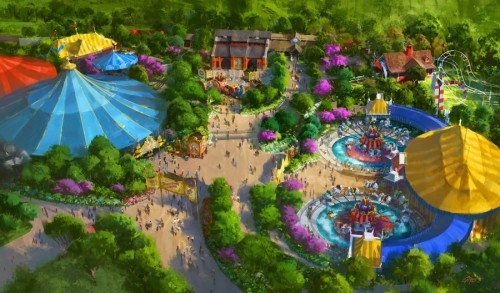 Another major timeline update was released today. The plan has always been to open New Fantasyland in stages, even Storybook Circus will open in stages. But now we know that late in March 2012 Storybook Circus will open with one of the two new spinners at Dumbo, the Great Goofini (formerly Goofy’s Barnstormer) and the Fantasyland Train Station. This should help with the flow around Fantasyland and add some much needed kid friendly attractions back into the mix at the Magic Kingdom as summer approaches. Notice the trees. These new skinny trees replaced the more round ones that have been there for at last 8 years. It’s definitely a different aesthetic, doesn’t look as ‘home town’ as I would hope. 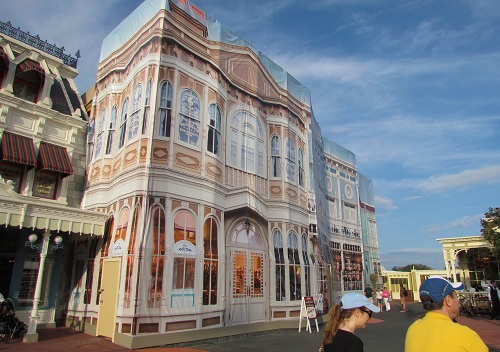 Facade work is still going on here and on the Main Street Bakery. 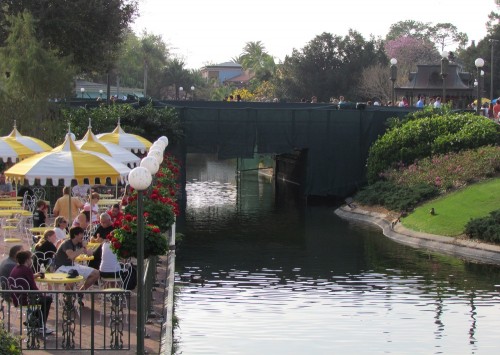 Click to Embiggen. Bridge work also going on. The sides of the bridge are missing. 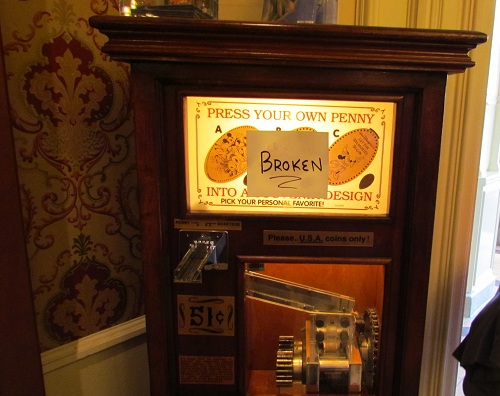 Come on Disney. Are you telling me you can’t afford some pre-printed “Out of Order” signs? Click to embiggen. I don’t think we’re in Kansas any more and these costumes definitely don’t fit in in Fantasyland. Maybe Tomorrowland or Star Trek (Captain Picard called and wants his uniform back), but I have no idea what they were doing here. I’m not even sure why a food cart is needed directly outside a restaurant. I mean you can just walk five more steps and be in air conditioning. 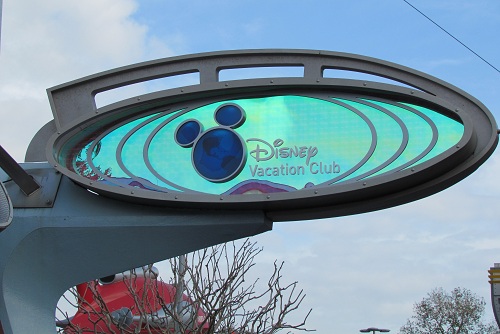 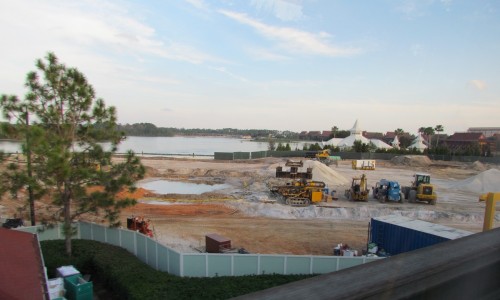 Click to embiggen. But at the same time they are greatly adding land mass.

And that’s all folks. Thanks for sticking with us for all three parts. Big changes are on the way. That’s for sure.