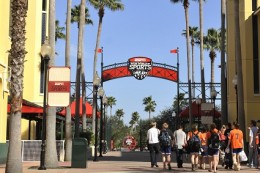 My sport growing up was Soccer (Football or Futbol for those of you not in the 50 states). I knew all the players in the Portland Timbers of the NASL, saw Pele play live, and played as a kid through sixth grade. So it makes me happy that Orlando has a soccer team that is in line to be added to Major League Soccer during the league’s next expansion.