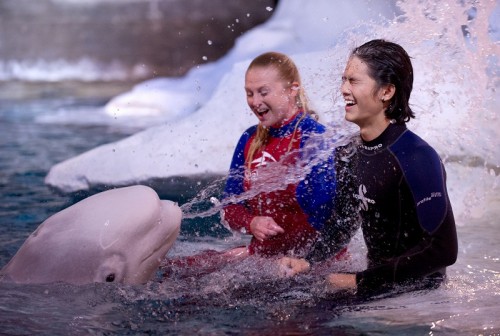 This one is for the twihards in the audience: 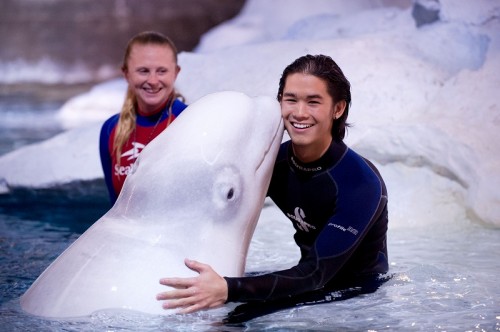 Aww. That’s cute. Stewart, who plays Seth Clearwater in the Twilight series, was in town the upcoming February 11 release of the Twilight Saga: Breaking Dawn Part One DVD but took some time to interact with friendly beluga whales at the park’s Wild Arctic attraction.