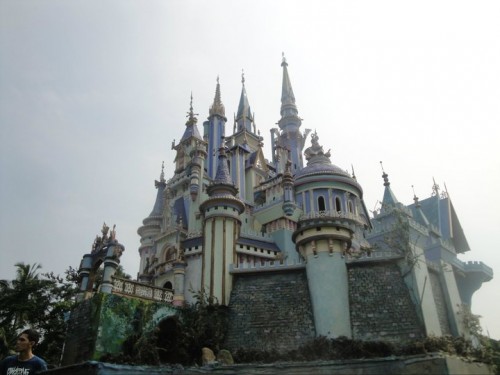 Believe it or not, the above photo is a model done by Jaime Ibanez, a talented artist and sculptor living in the Philippines. But it could be a Disney theme park castle, perhaps in Shanghai. Here’s Ibanez working on a similar model: 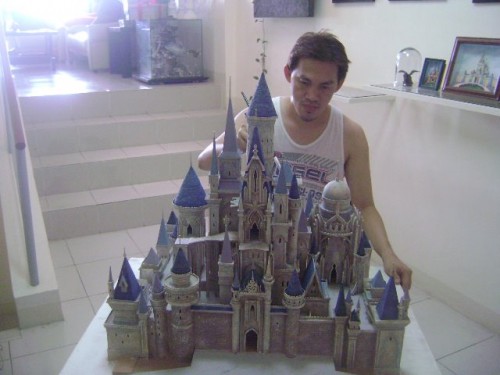 Ibanez’s work has drawn an international following in the media and among benefactors. It ranges from paintings, to miniatures, from fantasy to futurism, and even darker subjects. His media include wood, metal, special clay, and acrylic plastic. 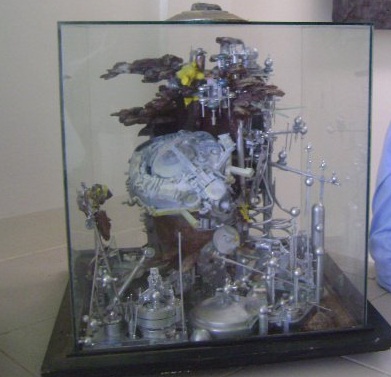 In 1994 Jaime trained with Landmark Entertainment’s art director Bob Dennis, a group where a lot of former Disney Imagineers found a home. Afterward he landed a job helping build Enchanted Kingdom, a theme park in the Philippines. 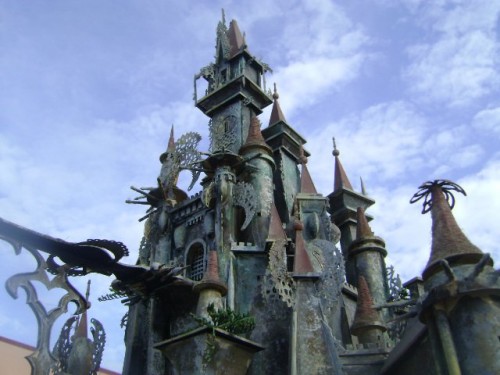 Jaime says he does take commissions. So if you have the budget, you can own one of these magical creations. But what I’d really like to do is walk through one of Jaime’s castles in a theme park. How about you?

Jaime says one of his dreams is to go to Disneyland. I hope Disney is able to make that happen soon, perhaps even through in a tour of the model shop. Then one day, add his buildings to a future theme park.

See more of Jamie’s work in his Facebook albums and on his blog.