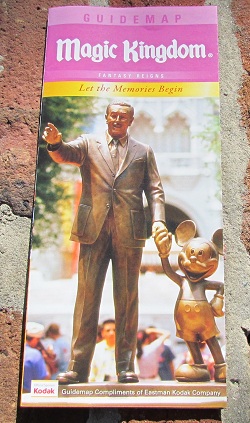 We discussed the possibility of Kodak filing bankruptcy earlier this month and what possible affect it could have on the things Kodak sponsors at Disney’s domestic theme parks. Now, Kodak has officially filed for bankruptcy in an effort to restructure their debts.

Thankfully it looks like Kodak has been given some money to operate during its reorganization which means it’s likely to continue its sponsorship of the Guidemaps and photo spots.

There’s no official word from Disney or Kodak, but If Kodak does have to bow out of its sponsorship, which company would you like to see step in and take over the guidemaps and photo spot sponsorships?