At Disney’s Animal Kingdom today we spotted this nice looking jacket. The price was a little out of our range, but it looked warm and comfy. 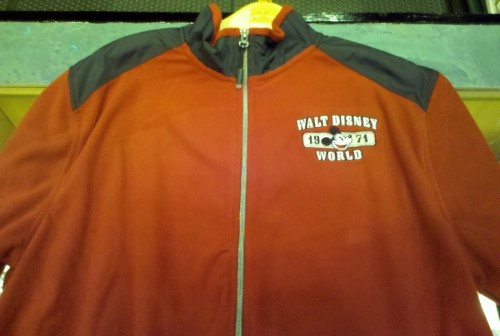 Flipping it over, we noticed a nice embossed looking logo on the back: 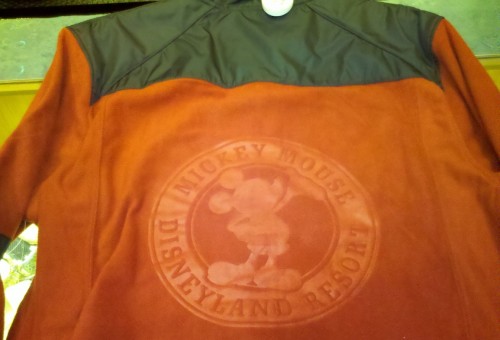 Who can tell me what’s wrong with this picture?

We had a quick laugh. These sorts of mistakes have been known to happen in any manufacturing process. If it was a collectible, it might even be worth something. We took it up to the cash register and showed the error to the cast member asking what he wanted us to do with it. The reply? Just put it back on the rack. Someone will buy it.

Obviously, that is not the right answer. This cast member needs to care about his customers more, go the extra mile. I think that with more training about what it means to be a cast member at a Disney theme park, this would have been handled better. Alas, training is just one of the things Disney has cut back on at parks.

Disney World does a lot of things wrong, but they continued to be outweighed by the magic. Cast Members play a large part in making that magic, but a lot of the magic is controlled from behind the scenes. It’s those people that one of Disney World’s best critics has targeted in her year end review of the resort.

Passport to Dreams continues to be the number one blog when it comes to insightful updates from Walt Disney World. Foxx Furr took a few extra days, but she’s finally chimed in with her report card on WDW’s 2011 progress. Like everything she writes, it’s worth reading.

What grade would you give Disney World’s 2011 experience?