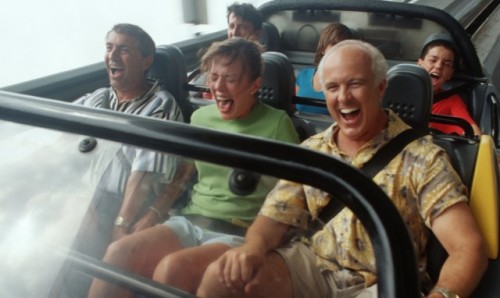 As part of the new alliance, GM will be actively involved with Walt Disney Imagineering in the development of a re-imagined, design-centric Test Track experience. The refurbished Test Track will be presented by one of GM’s most famous brands, Chevrolet. As Chevrolet marks its 100th anniversary, the new alliance agreement enables General Motors to tell its story in new and exciting ways to millions of Guests from around the world and continue as the official vehicle sponsor of Walt Disney World Resort.

“We are excited to renew our long-term alliance with General Motors,” said George Aguel, Senior Vice President, Corporate Alliances for the Walt Disney Company. “This unique agreement extends collaboration between two of the most recognized brands in the world, a relationship that spans over 30 years. The re-imagined Test Track Presented by Chevrolet will continue our shared goal of providing unique and innovative experiences that engage Disney guests in exciting and interactive ways.” ”

“As a global brand, Chevrolet is looking forward to welcoming Guests from around the world to the re-imagined Test Track,” said Joel Ewanick, Global Chief Marketing Officer for General Motors. “The best of Disney and the best of Chevrolet will come together to bring Guests an immersive experience in the design process of the vehicles they see on the road today and will see in the future.”

As part of the re-imagining, the Future World attraction will feature a sleek new “Chevrolet Design Center at Epcot” immersing Guests in the fascinating world of automotive design. Amid upbeat music, engaging media, dramatic lighting and a collection of Chevrolet concept cars and model vehicles, guests themselves will become automotive designers – and peer into the future of personal transportation in the process.

At interactive design and styling workstations, Guests will be able to create their own custom concept vehicles. The adventure will then shift into high gear as Guests buckle into their 6-person “SimCar” ride vehicle and put their design through its paces on the exhilarating hills, switchbacks and straight-aways of the Test Track circuit.

Their performance testing complete, Guests will move into a post-show area filled with special effects and be scored on how well their custom concept vehicle did. And of course, Guests will be able see the very latest Chevrolet vehicles in an all-new state-of-the-art showroom.