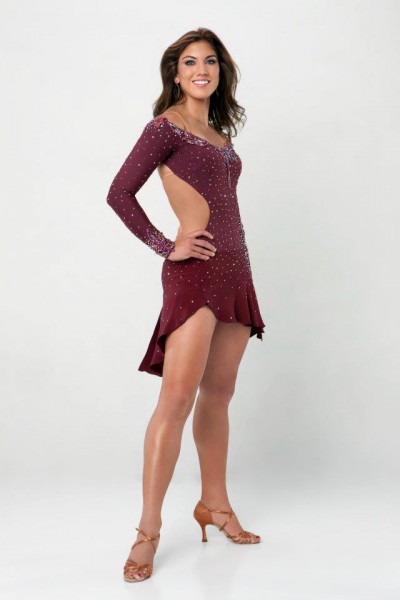 Last night we found out that Rob and Cheryl, Ricki and Derek, and J.R. and Karina will be dancing in the finals next week. That means, of course, that Hope and Maks were eliminated from the competition. The audience’s votes saved J.R. from his low scores this week.

Usually I enjoy watching the results show to see the backstage happenings, but last night was just uncomfortable. This season, we have seen a grittier side of Dancing With the Stars, and Hope and Maks were not afraid to display their frustration with the judges (complete with obscenities). Yikes. However, in her departing speech, Hope was much more gracious than she appeared the night before.

Behind the scenes drama aside, Rob and Cheryl wowed the ballroom with an encore of their samba. Rob’s improvement from week to week has been remarkable, and is really what the show is all about. Cobra Starship performed, accompanied by some of the professionals. Carson returned to help out the costume designers and share a few giggles.

In the Macy’s Design-a-Dance, Derek and Anna stormed the floor with a sizzling paso doble to Lady Gaga’s “Bad Romance.” The AT&T Spotlight Performance featured four boys who had been bullied because of their interest in dancing. Then, The Muppets arrived (oh, how I love The Muppets) and treated us to a song and dance. Their new movie is out next week!

This tumultuous season concludes next week with the finals. Will J.R. recover in time? Can Rob maintain his upward momentum? Will anyone else curse at the judges? We’ll have to watch to find out!