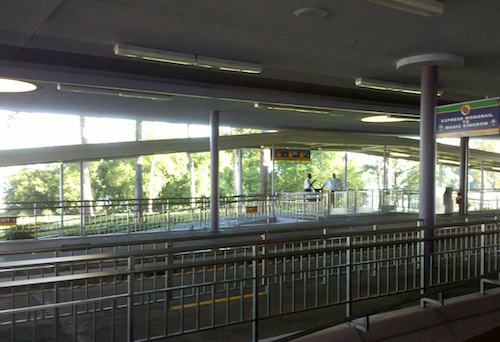 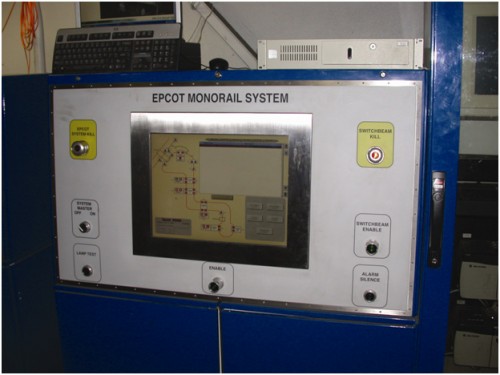 The report states that the probable cause was “the shop panel operator’s failure to properly position switch-beam 9 and the failure of the monorail manager acting as the central coordinator to verify the position of switch-beam 9 before authorizing the reverse movement of the Pink monorail. Contributing to the accident was Walt Disney World Resort’s lack of standard operating procedures leading to an unsafe practice when reversing trains on its monorail system.”

Narrowing in on the shop panel operator, the report indicates that distraction related to multitasking calls from multiple monorails diverted the shop panel operator from his duties that would ensure the track had been switched properly. There was also no requirement for visual confirmation of the switch having been completed despite a video unit immediately in the vicinity.

As has been reported previously, allowing the coordination of dispatch by an off-site manager, let alone someone not in the control tower, was not against Disney’s policies, but has been identified as direct contributor to the environment that allowed the accident to occur. The point here is that a need for actual eyeballs on the track, and the monorails as they’re in motion, is key. The control tower is configured for just that purpose, having adequate staffing so that when one cast member is sick you have a backup on site to man the tower, should have been standard procedure.

Even with both of these deviations in effect, if the monorail pilot had been instructed to switch cabins, as was actually in the monorail operating manual, and drive forward across the switch rather than in reverse, this whole tragedy could have been avoided. Disney used to enforce this procedure, but it fell out of use in favor of efficiency.

This kills me as a Disney fan. The four keys (Safety, Courtesy, Show, and Efficiency) were established at Disneyland circa 1966 by the excellent trainer Van Arsdale France. Efficiency is deliberately put at the end, but moves like no longer requiring a pilot cabin switch were made in the name of ‘courtesy’ saying that a more efficient monorail system was a courtesy to guests since they wouldn’t have to wait as long between new trains arriving at the station. Not only did they forget the first key, safety, they were taking the cheap route to courtesy. Pretending efficiency is really courtesy usually results in what I consider bad show, but in this extreme case is caused the death of a cast member.

Despite technically not following written procedures, the pilot of Monorail Pink was essentially cleared of any wrong doing. Conditions were not optimal for the pilot, but were within normal perimeters of operation. Disney could tighten up certain procedures to prevent operation with foggy windows or in low light situations. They have already mandated the most important change, that the monorail pilot now switches cabins before reversing through the gates and a second spotter sits in the other cabin. One thing that was not covered in the report was why Pink did not stop in the station after completing what he considered a beam switch. Instead, he continued at near 15 mph out of the station and to the point of collision outside the station. 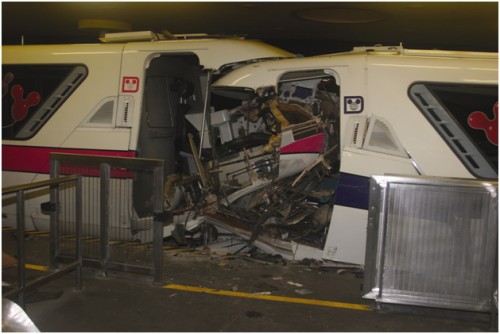 Another revelation was that 15 mph was the maximum speed at the time of collision. Purple was stopped and in reverse, but not in motion and Pink was in MAPO Override, which auto-shuts down the monorail if it goes over 15 mph. If there had been any real thought to passenger safety in the construction of the monorail cab, this could have been merely a scare for both pilots. Instead, the fiberglass body and plexiglass dome just crumbled in the low-speed collision and the pilot of Monorail Purple had no chance. If Purple had been in forward motion, the damage would have been multiplied, potentially injuring the family of guests seated in the car directly behind the impact. If any guests had been in the cab, they would have received injures just as serious as the pilot. If there is anything good to be said about that night, it’s that no guests were injured.

Finally, Walt Disney World has submitted a long list of changes made to its operating procedures:

That list appears to address nearly all the concerns raised by OSHA and the NTSB reports which, like I said, shows that Disney is taking this seriously.  The question remains as to Disney’s commitment to apply the funds required to staff and maintain the Walt Disney World Transportation system safely and adequately to meet the needs of the resort and continue to put safety far ahead of efficiency. If that requires a complete rebuild of its existing system, it should be done to prevent just one more guest or cast member death or serious injury.

Are you satisfied with the conclusion of this tragic period in Walt Disney World’s history? Has Disney done enough to prevent further accidents in the future?