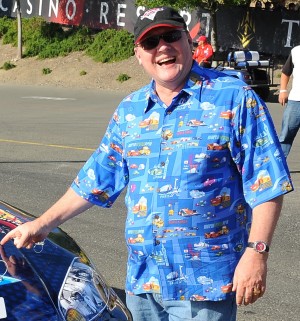 John Lasseter, Chief Creative Officer of Walt Disney Animation and Pixar Animation, has a soft spot for wine. So when he reached that point in his life where he could afford it, he and his wife bought a winery in Napa Valley. This appears to be something of a growing tradition with Ron and Diane Disney Miller also owning a winery (Silverado). Disney fans will also recall that Fess Parker (Davy Crockett) had a winery too.

Lasseter Winery has largely been a secret, with most of the wines going to private buyers. A few select Disney events and restaurants do stock the wines. But now they’ve expanded the offerings and opened up to the Hollywood Reporter about their plans for the vineyard.

In other news for John Lasseter, he will be getting a star on the Hollywood Walk of Fame tomorrow, right in front of the Disney owned El Capitan theater. Bonnie Hunt will speak and I wouldn’t be surprised to see some of Lasseter’s Toy Story creations there as well.

previousHalloween Makeup Tips from Walt Disney World
nextOnce Upon a Time: Season 1, Episode 2 – The Thing You Love Most