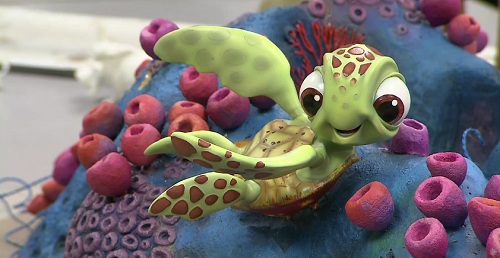 The Art of Animation resort will offer 1,120 family suites (bedroom, living room, and kids sleep area) themed after “The Lion King,” “Cars” and “Finding Nemo” animated films, as well as 864 guest rooms inspired by “The Little Mermaid.” The current timeline has the “Finding Nemo” wing opening May 31, the “Cars” wing in late July, and “The Lion King” wing in late September. The final wing, themed after “The Little Mermaid,” will debut in late 2012.

The new value resort will break new ground for Disney World. It will host the largest swimming pool at the Walt Disney World Resort (aside from the water parks, of course). This pool will be located in the “Finding Nemo” wing, and will measure 11,859 square feet. The resort also will feature two other pools and a children’s water play area.