Steve Jobs and Walt Disney, Both Started With A Mouse 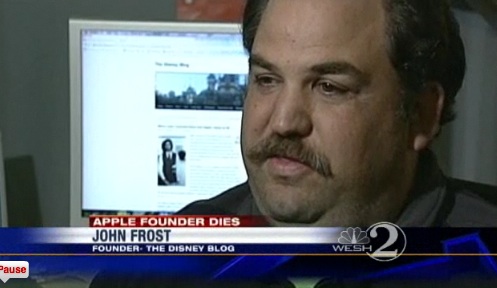 I was honored to be interviewed by local news channel WESH today. They asked me to put some perspective on how the death and legacy of Steve Jobs parallels that of Walt Disney.

Both were great innovators. Among other things, Disney invented the animation desk, the Multi-plane camera, and the theme park as we know it today. Jobs has hundreds of patents, came up with the idea for the Mouse, and revolutionized how we listen to music today. They also surrounded themselves with other innovators, and strove to create the best product possible.

In life, they just gave 100% of themselves to their work and family, were considered difficult to work for, and expected perfection of themselves and those they hired. They were also both known as micro-managers. Disney micro-managed everything down to moving a tree at Disneyland 5 feet because it wasn’t how he saw it in his mind and Steve was known to give comments on something so small as the color of bricks at the new Pixar Studios.

You can watch the full story on WESH.com.

Previously: Steve Jobs, founder of Pixar and Apple, dead at 56.

15 thoughts on “Steve Jobs and Walt Disney, Both Started With A Mouse”

previousModern Family: Season 3, Episode 4 – Door to Door
nextRevenge 1.3: Betrayal… Round & Round We Go