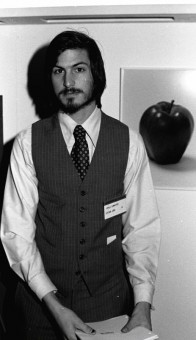 Many people will write better tributes to Steve than I can here. They’ll mention how he invented personal computing, built Apple from the ground up, twice, and started a revolution in computer animation by having the vision to see something special in the team at Pixar. I just want to talk about a parallel many have drawn between Steve and Walt Disney.

It’s as difficult for me to imagine a world without Steve Jobs as it must have been for people to think about a world without Walt when he died. Uncle Walt got ten more good years than Steve did. Walt used that time to come up with EPCOT (which remains a powerful vision for the future communities around the world are presently trying to implement – look at Masdar). I have to wonder what Steve would do with 10 more years. Revolutionize another industry. Definitely. Cure cancer? Maybe. I would have liked to see him try.

The reality is we don’t have to imagine a world without Steve or Walt. They both left an indelible impact on the world that will exist for all time. They share a legacy of design that put customer needs first, usually before the customer knew they needed it themselves. This was their genius. It’s the bit that can’t be taught in school or learned behind a desk. It requires vision, failure (early and hard), and passion for excellence.

Steve Jobs’ real legacy will be that he inspired so many to follow in his footsteps. RIP Steve Jobs 1955-2011.

previousDancing With the Stars, Week 3 Results Show – Get Out and Vote!
nextABC’s Once Upon A Time – Four Featurettes