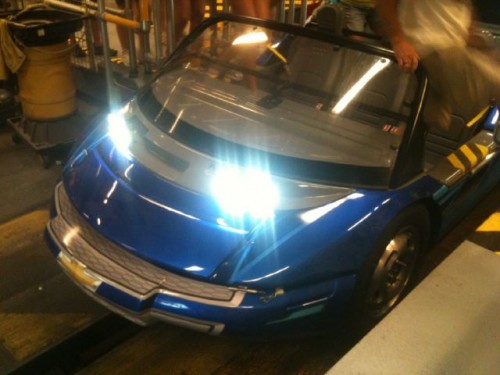 A new car model was spotted on Test Track today by Twitter user @shawnathon33. Thanks to Shawn for permission to use his photos here. Apparently, more of these vehicles will be rolling out soon eventually replacing all the existing cars. I’m told that these are manufactured by the same company that is building the cars for Cars Land out in California. Which makes sense as they body shape is very familiar. The two attractions use the same ride system. 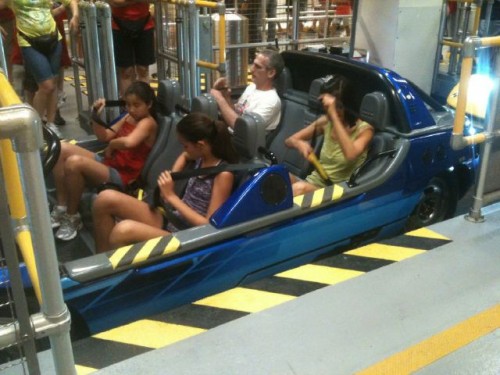 I like seeing the prominent Chevy logo right on the front of the car. Others have noted how the car resembles the new more modern stylings of the Chevy Volt and Cruze. But more important to me is the lack of any ‘test dummy’ markings. Will those decals be added later? Or is the attraction due for a re-theming?

With Test Track scheduled for a Jan-Feb refurbishment, this seems to answer the question of General Motors continued sponsorship of the attraction. But it leaves a lot of questions up in the air. I’m wondering what other brands will be represented and what other colors might appear. Any guesses?