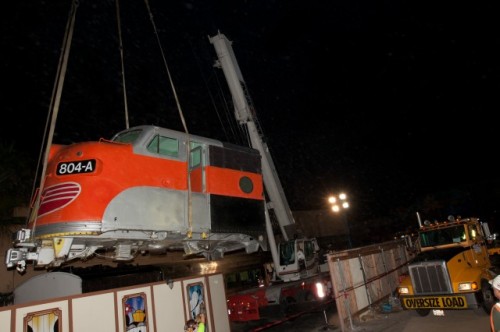 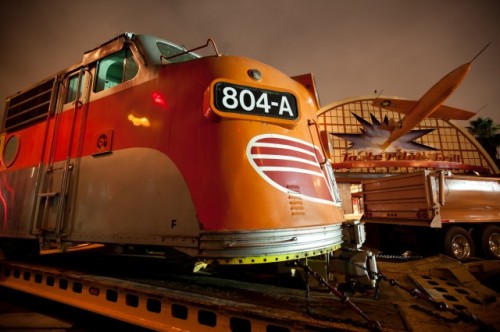 Visitors to the museum will learn about the history of the famous 1950s passenger train through the donated artifacts, while the recreated locomotive will offer the chance to experience what it was like for engineers to guide the stainless steel Zephyr trains through California’s Feather River Canyon.

About the California Zephyr

The California Zephyr was introduced in 1949. It wasn’t the fastest train between Chicago and California, but it offered the best of western scenery.  The train departed Denver early in the morning, then climbed up the Front Range of the Rockies and traveled the canyons of Colorado rivers. In California, the train crossed the Sierra Nevada, traveling along the amazing canyons of the Feather River on the line of the Western Pacific Railroad.  A 1950s advertising slogan for the train promised “Beauty by Day, All the Way!”

Today, Amtrak operates its own California Zephyr over part of the original route.  As one of the most popular long distance trains, it still offers the best scenery. The modern version crosses the Sierra Nevada using Donner Pass (formerly owned by a rival railroad to the Western Pacific) along Interstate 80 instead of following the Feather River route.

Most of the passenger cars built for “The Silver Lady,” as the California Zephyr was sometimes known, survived the end of the operation of the train. A surprising number still exist today in museums, as well as in charter service.