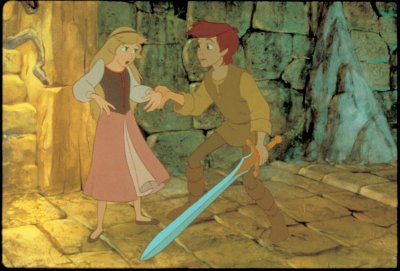 Some diehard Disney fans would have you believe that back in the day, Disney used to create their own characters. Whether live action or animation, the early franchises were all created out of the minds of Walt Disney and his artists. Of course, while that was true for characters like the Fab Five, most of the other characters were lifted from fairy tales, children’s literature, or other myths and legends. That’s fine, we all pay the bard some time. Even Walt admitted his best stories came from years of research.

One interesting side-bit to come from this week’s investor call for The Walt Disney Company was that Bob Iger said he would “buy either new characters or businesses that are capable of creating great characters and great stories.” You can’t blame Bob, the Pixar deal has been a huge success and Marvel looks like it will pay off too (and they’ve only just scratched the surface of the 4,000+ characters in Marvel’s stable). Who needs to do internal research and artistic endeavors when you can just buy a new character, right?

I remember when adding Eilonwy to the list of Princesses was considered a big step, now it looks like the Disney universe is about to become a lot bigger. Of course, Iger was mostly talking about expanding into Asia by adding a Disney twist to some of those stories. But it sounds like if there’s another Marvel or Pixar out there, he wouldn’t hesitate to acquire it.

This raises some interesting questions. For the movie studio, there are only so many weekend openings you can schedule before you’re stepping on your own box office. That happened this year with Cars 2 and Winnie The Pooh, likely resulting in a smaller box office for each. Of course, there is the wide open space of the Internet and Disney’s various television and cable channels to populate as well.

Where do you think Disney should go with its expanded universe? Will you ever accept The Hulk and Captain America as part of the Disney stable? Or do they live in a separate track?

Update: Blue Sky Disney makes a good point… Via its theme parks, Disney already has an interest in the Star Wars universe and the Indiana Jones characters. If Bob Iger wined and dined his new friend George Lucas enough, could he get him to sell his stories to Disney? That would be quite a coup and seems like a natural extension of the two companies relationship right now. What do you think?