To expand on an earlier post about how “Phineas and Ferb” viciously targets Boys 6-11, yesterday Disney Interactive Studios released a video game to keep their hold on this valuable audience. Named “Phineas and Ferb: Across the 2nd Dimension”, after the original TV movie that will be aired on the Disney Channel this Friday, the game is intended for a young player, as it is approved by the ESRB for everyone 10 and older. Available on PlayStation 3, Wii, and Nintendo DS, the boys and their platypus definitely have a long wingspan.

In the game, up to 10 players will play together to find their way through an old time 1928-style cartoon world, a lawn gnome land and a gelatin world. The classic and intelligent humor of Phineas and Ferb keeps the game light, as players use high-tech gadgets to overcome 25 levels of obstacles. In addition, this will be the first Phineas and Ferb game will have PlayStation Move compatibility. You can watch the quirky trailer to get a sense of the graphics and story line here.

According to cnet.com, the game “faithfully captures the whimsical look of the cartoon…and shows the characters at their bravest and most inventive…making them an appealing duo for kids to identify with.” I’m curious to see how much of a sales increase they will see after Friday, once the movie is aired. For those of you who have young boys, would you consider buying this game for them?

Also, just something fun…on the movie’s website, there’s a 2-D Yourself section. Here’s me as a “Phineas and Ferb” character! 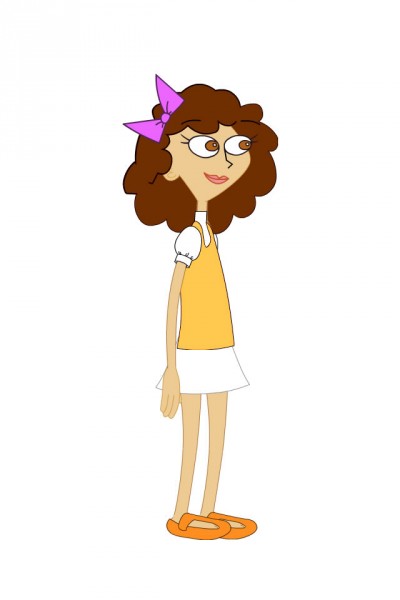