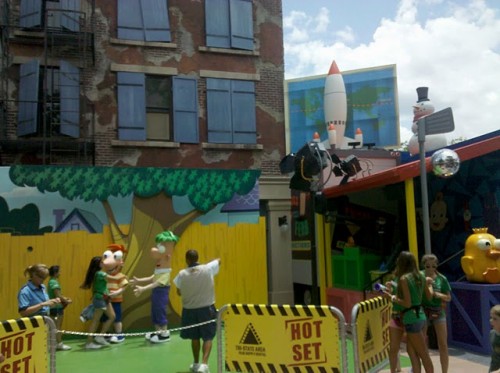 It’s no surprise that Disney has a hit with the animated TV show Phineas and Ferb. It took the company a while to wake up to the revenue potential for the show, but now that they think they’ve found another franchise, the race is on to capitalize on the popularity of the boys and their duckbill platypus friend Perry.

The Wall Street Journal takes look at Disney’s efforts to capture that valuable Boys 6-11 market. Perry will be temporarily replacing the Nesquik bunny, an RV road show touring the nation, and debuting August 5th a TV movie “Phineas and Ferb: Across the 2nd Dimension.” And that’s just the latest added to a line of toys and clothing featuring the crew from the show. Disney World has added a nice meet and greet too (see above).

Has Phineas & Ferb invaded your home? We have a 7 year old who loves the show.