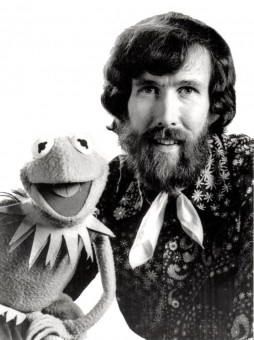 If you read one thing today, make it this thought provoking article on Jim Henson’s The Muppets and the journey they’ve been on since Henson’s untimely death. Author Elizabeth Stevens displays an obvious passion for the Muppets and a keen understanding of what makes them such a unique phenomenon.

She starts with some ideas about the current Muppet movie project helmed by Jason Segel:

But despite great intentions, Segel’s movie will not be—can not be—like the old films. The post-Henson (that is, post-1990) films struggled to find the right tone. Even the best of them, The Muppet Christmas Carol, is too sweet and not salty enough. Muppets from Space swings erratically from callous to cloying. Segel is a writer-performer-producer with a kind, hilarious vision, not unlike Henson himself. His writerly debut, the 2008 movie Forgetting Sarah Marshall, features a break-up with full frontal nudity and a scene of sobbing over an ex’s Tupperware; it’s pitch-perfect. But even with all the right ingredients, the new Muppet movie has too much working against it.

From there Stevens explores a wide swath of Muppet philosophy ranging from if a Muppet is copyrightable, what should happen to a Muppet when its creative force dies (including a heart rending take on Jim Henson and Kermit), what went wrong when Disney took over the Muppet brand, and where the Muppets could go from here. It’s clear that she is someone who really loves the Muppets and wants the best for them.

Although she doesn’t include her feelings in this article, I’d love to know what Steven’s things about the Lopez style puppetry you find in Avenue Q and Finding Nemo ~ The Musical. There’s a direct relationship between Brian Henson’s exploration of what Muppets are capable of and this new style of puppeteer co-presence.

What’s your favorite Muppet film and where should they go from here?

Read the rest at The Awl.