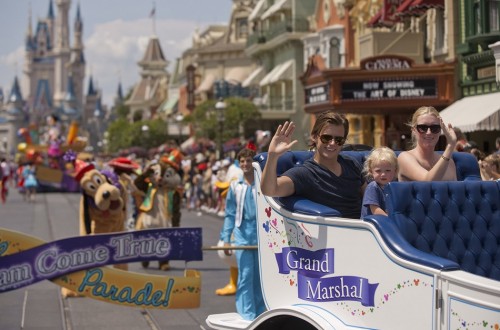 I’ve been a fan of Indy Car style racing since watching my first Indianapolis 500 on TV back in 1978. That race holds a special place in my heard and the hearts of millions. For race car drivers nothing matches the feeling of winning an Indy 500. For Florida resident Dan Wheldon that dream came true for the second time this year. Of course, what is a world champion to do, but to visit Walt Disney World.