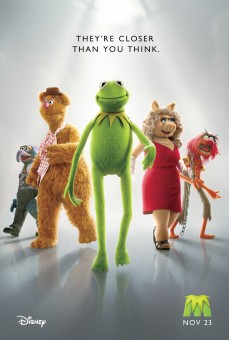 The marketing machine behind the new Muppets movie has been very busy as of late. They’ve produced spoof and parody trailers that have been very successful at creating some buzz. I really like that strategy. It harkens back to the concept behind a lot of the skits on the original Muppets variety show.

It misses a few beats for me (for instance, we are not presented with the reason they’re getting the band back together), but I do like it. How about you?

Previously the Disney Muppet Parody Trailers: “Being Green Lantern“, “The Hangover II“, and “Green with Envy.”