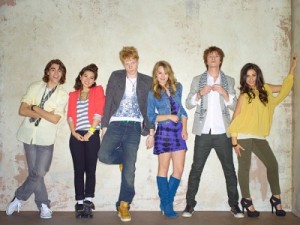 Lemonade Mouth is, as John put it in an older post, “the latest blockbuster from the Disney Channel Original Movie franchise formula.” No surprise that Disney would want to capitalize on the success of the film and turn it into a franchise. According to Variety, Disney has greenlit a sequel. Also announced, a movie channel based off of the series “Shake it Up.”

This makes me think that it won’t be long before we hear about a Lemonade Mouth tour or in-park show, and probably see a decent amount of merchandise. Disney has had great success launching careers through these movies.

““Lemonade Mouth 2″ will reunite fans with Olivia, Wen, Stella, Mohini and Charlie, and feature all-new music.” In other Disney Channel news, set your TiVo for the August 5th premier of “Phineas and Ferb: Across the 2nd Dimension.”