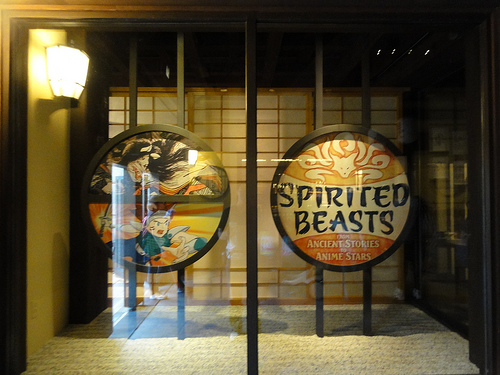 One of the great things about the Japan pavilion is the little exhibit space where Americans are exposed to some of Japan’s cultural artifacts. For a long time there was an excellent Tin Toy exhibit with a fun video from John Lasseter. Sadly toward the end of that exhibit many of the unique toys had been reclaimed by whomever lent them in the first place leaving the experience less than complete.

These days there is an exhibit called “Spirited Beasts” that traces the history of Anime and Manga figures from Japan folklore through to modern toys and comic books. It’s as rich and detailed as western (aka Roman and Greek) mythology, but you can tell that only the surface has been scratched. One of these days I really plan to dig into as many of these stories as I can.

If you’ve not been to the Yokai exhibit in person, be sure to check out John Rozum’s great post on the exhibit. Rozum is a comic book writer, so he knows a thing or two about story. 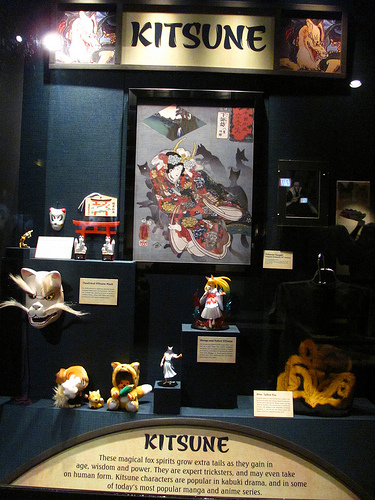