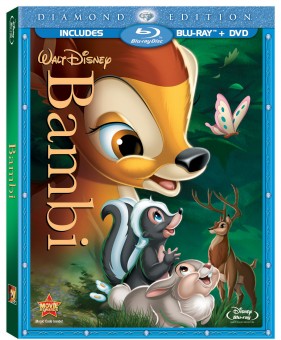 Disney’s Diamond Collection continues to grow with the addition of Walt Disney’s Bambi. Like its predecessors in the collection, Bambi is being sold in a combo pack that includes the film on both Blu-ray Disc (BD) and DVD.

I’m going to have to stop writing reviews of Disney Blu-rays because with each one I end up saying pretty much the same thing: the film looks and sounds great.

Watching in 1080p high definition you can truly appreciate the hand-drawn, inked-and-painted nature of each frame. Bambi has always been like a painting come to life and seeing it this way only enhances the experience.

The BD boasts a new 7.1 DTS-HD High Resolution Audio mix, which is fine but can’t be compared to soundtracks on more recent pictures. A multichannel mix doesn’t add anything to a film of this age. The restored original mono mix—hardly mentioned anywhere—fits much better. 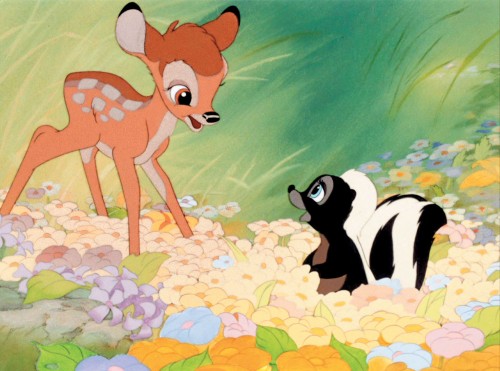 Since this is a 2-disc release, bonus features are confined to one BD, so the amount of extras can be better compared to the recent Alice in Wonderland Blu-ray (not part of the Diamond Collection) than to the 3-disc Beauty and the Beast Diamond Edition Blu-ray.

The “Inside Walt’s Story Meetings” feature, with audio re-enactments based on stenographers’ notes, is one of the main bonus attractions. It’s a new twist on the DVD commentary that dramatizes how the movie evolved from story to screen.

Along with all of the classic DVD bonus features, two never-before-seen deleted scenes, one deleted song, and image galleries can also be found on the disc. 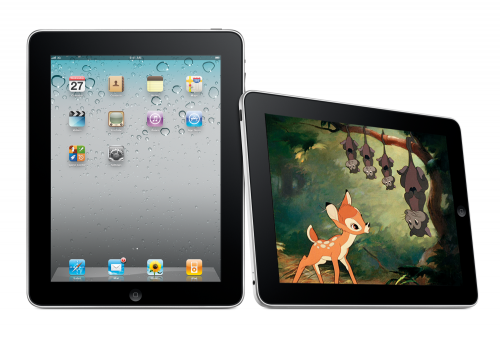 Bambi also marks the introduction of Disney Second Screen. By downloading the free Second Screen app onto an iPad or Mac/PC, viewers can access artwork, flipbooks, games and more on their device; either in-synch with the movie or in an ‘explore on your own’ mode.

I tried out the iPad version over the weekend and it works beautifully—it’s beautifully designed. Probably the best app I’ve seen from Disney to date. The synching feature was much easier to set up and use than I anticipated.