Congratulations to Jennifer Grey, Winner of Dancing With The Stars 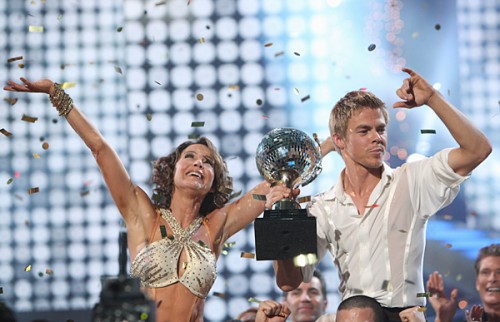 Update: the complete recap of the show is now up.

Although the Dirty Dancing was kept to a minimum, this is primetime ABC, the Dancing With the Stars championship was ultimately very predictable. The winner was the clear favorite from very early on in the competition. The show’s two hours of build up finally revealed that when the couples’ scores from the judges were combined with the audience votes, Jennifer Grey and Derek Hough were crowned champions of “Dancing with the Stars” and winners of the coveted mirror ball trophy. Congrats to them both, especially Hough with the three-peat. Was anyone surprised?

previousWhen will you see Tangled?
nextDancing With The Stars Champions Recap