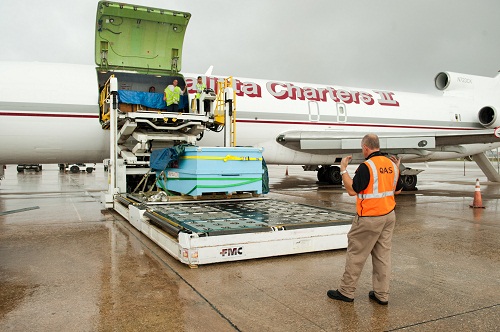 The package picked up by SeaWorld’s animal care experts at Orlando International Airport on Tuesday, November 2, was indeed precious cargo. It was Holly, a rehabilitated manatee, who was rescued in 1995, and has been rehabilitating at Columbus Zoo and Aquarium for the past five years.

Holly was rescued 15 years ago after she was found trapped at the Port St. Lucie Nuclear Power Plant on Hutchinson Island. When she arrived at SeaWorld she received hands-on, critical care for cold stress at SeaWorld’s Manatee Rehabilitation Facility. After six months, she was moved to Homosassa Springs State Wildlife Park and then later transferred to Columbus Zoo and Aquarium to complete her rehabilitation.

U.S. Fish and Wildlife Services (USFWS) is the Federal agency that creates plans for each manatee that is rescued and cared for in Florida and the surrounding states. In order to create space at SeaWorld Orlando for more critically injured manatees, USFWS moved Holly to a long-term rehabilitation facility.

Holly is set to be returned to the wild in early 2011. 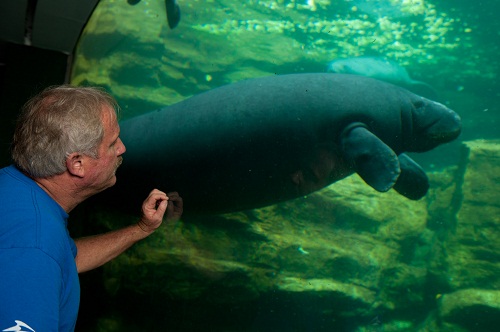 “Caring for Holly 15 years ago was extremely rewarding,” said Randy Runnells, SeaWorld Animal Care Assistant Curator. “It’s great to know the initial care we provided has helped her reach this point in her life. We’re looking forward to returning her back to the wild next year.”

SeaWorld’s animal rescue team is on call 24 hours a day, 365 days a year to save injured, abandoned and orphaned animals, including manatees, dolphins, whales, birds and turtles. To date this year, the park has rescued 24 and released 16 manatees.