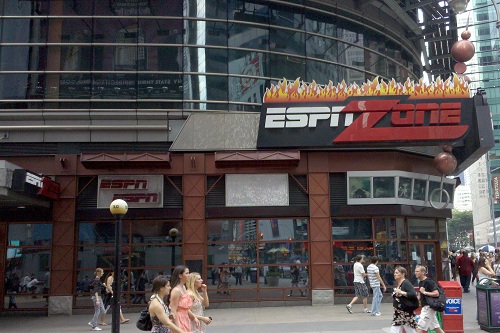 It was just about two years ago that a rumor spread that Disney would build an ESPN Zone at Orlando’s Downtown Disney to match the one in Anaheim. My, how things have changed. All ESPN Zone locations have since closed except for Anaheim and Los Angeles, and it’s still unclear why. Now, some employees are suing to get pay they say is owed them when their location was closed with little or no warning.

Many of the closed ESPNZone locations were said to be quite popular, including the Baltimore location that’s involved in the suit. The New York-New York Casino location has already been leased to a new sports bar and grill, so at least somebody thinks the location works.