The ESPN Wide World of Sports Complex was officially rededicated today with a sports and ESPN celebrity filled event complete with a ‘Green’ carpet. I’ve got some celebrity photo highlights below along with a video of the actual ceremony, which I must say started everything off with a real kick. 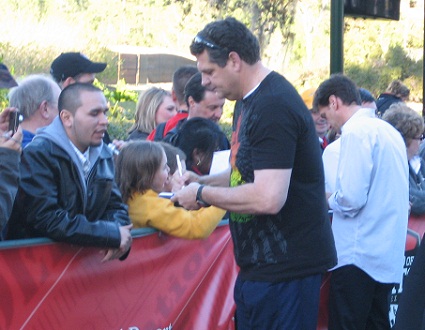 Chad OchoCinco gave a great interview and was very good with his fans. 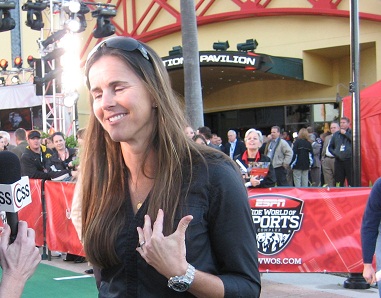 Brandi Chastain, US Women’s Soccer star. A funny note, my first official Disney Media Event was covering the 1999 US Women’s World Cup Championship US Team at Disneyland. So this was sort of full circle for me. 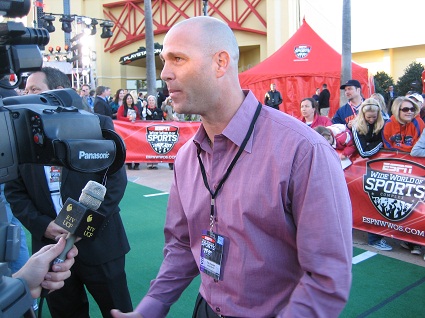 Tim Hudson, pitcher for the Atlanta Braves. The Braves have spring training at WWOS every year since it opened. 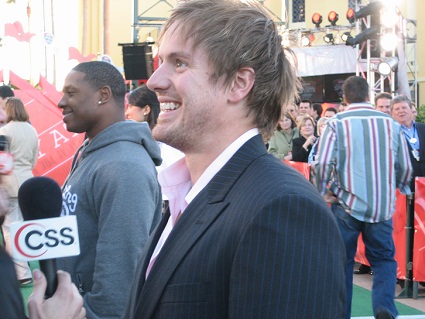 Maurice Jones-Drew, running back for the Jacksonville Jaguars.

Finally, here’s a video of Garrett Hartley with special guest Minnie Mouse and a whole crew of helpers opening the ESPN Wide World of Sports with one amazing kick.

A big thanks to everyone involved in putting together this wonderful event. It was spectacular!