If Disney is successful in their lawsuit against the Miami couple that runs Tio Fiesta Decorations & Events, they could win millions of dollars in damages. Tio Fiesta is accused of using unauthorized Disney trademarks on costumes and decorations in their party business.

Although the photos no longer appear on the website a google cache revealed photos of knock-off character outfits with Disney names and character trademarks included. The Toy Story and Ariel ones below were particularly bad. 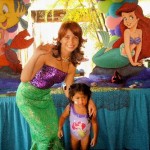 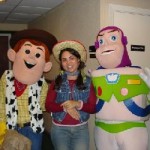 Violations like these are usually reported by parents who order entertainment thinking it’s Disney quality approved and instead get something significantly less. For everyone who reports a violation to Disney there are probably hundreds who leave with a bad taste for Disney in the mouth due to the shoddy quality. You can see why The Walt Disney Company has a vested interest in making sure that they aren’t represented this way.

A similar lawsuit was filed last month against an Orlando area couple.