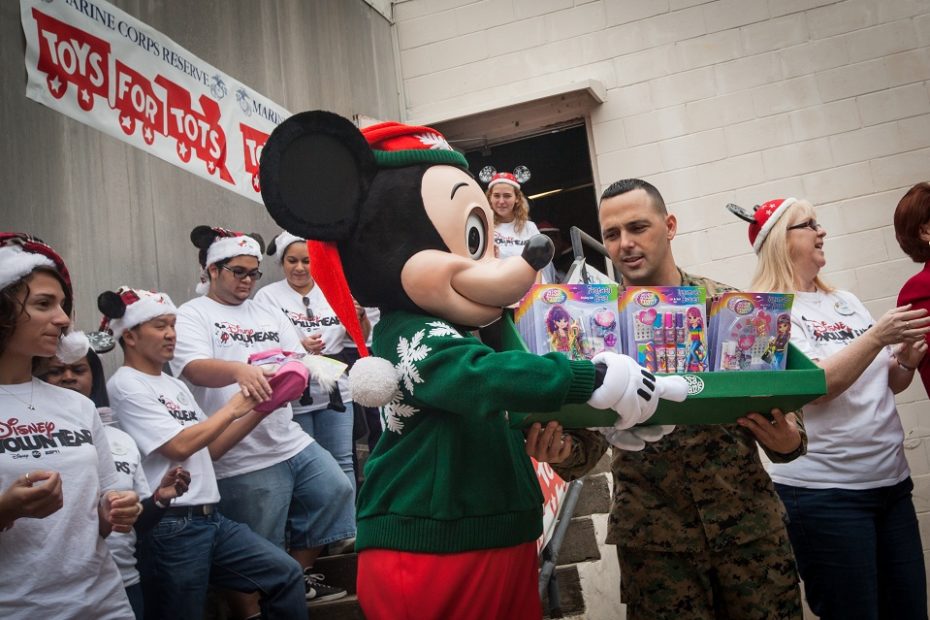 There will be 35,000 local kids whose Christmas holiday is a little brighter this year because Disney World and its cast members united to donate to the annual U.S. Marine Corps Reserve Toys for Tots program. The brand new toys, games, books and plush dolls… Read More »Disney VoluntEARS and Mickey Donate 35,000 Toys to Local Kids

Big props go to the group of 50 Disney VoluntEARs who combined their excitement for Walt Disney Animation’s latest film with their enthusiasm for volunteer work by building a “Wreck-It Ralph” CANstruction for Second Harvest Food Bank in Central Florida. At the end of the… Read More »Cast Members Build Wreck-It Ralph out of Canned Food for a Good Cause

What good is a Boys & Girls Club without a place for the kids to play? More than 250 volunteers from the Pine Hills community, Boys & Girls Clubs of Central Florida, the non-profit KaBOOM!, and Disney lent some elbow grease toward building a new,… Read More »Disney VoluntEARS Build Safe Place to Play in Less Than a Day

The fun never stops when you’re a Disney Cast Member, especially when you’re raising money for a good cause. This last weekend, nearly 6,000 Walt Disney World VoluntEARS teamed up to extend their reach into local classrooms via the Disney Bowl-A-Thon. Event organizers anticipate the… Read More »Disney VoluntEARS raise $250,000 for Junior Achievement at Bowl-a-thon

if there is one thing you can say about Disney Parks, it’s that they have the best Cast Members. Take for instance, the Flashback tradition at Disneyland. On February 16 and 17, after California Adventure closed for the day, nearly 300 Cast Members representing the… Read More »Disneyland Cast Flashback for Charity 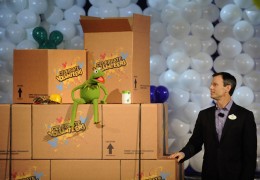 Disney Donates Warm Clothing and Blankets to the Homeless

Folks up north may laugh at us Central Floridians as we complain about temperatures in the 20s and 30s. But in general we lack the cold weather clothing needed to keep warm in those temperatures, which given time and exposure are dangerous to stay out… Read More »Disney Donates Warm Clothing and Blankets to the Homeless

Give A Day, Get A Disney Day Muppet Promo

Beginning this Friday (Jan. 8), Kermit, Miss Piggy and Sweetums will be featured in a pre-parade celebration at Disney World’s Magic Kingdom and at Disneyland in California. Muppets characters and parade dancers will join to celebrate volunteerism and honorary VoluntEARS, in theory guests who at… Read More »Give A Day, Get A Disney Day Muppet Promo