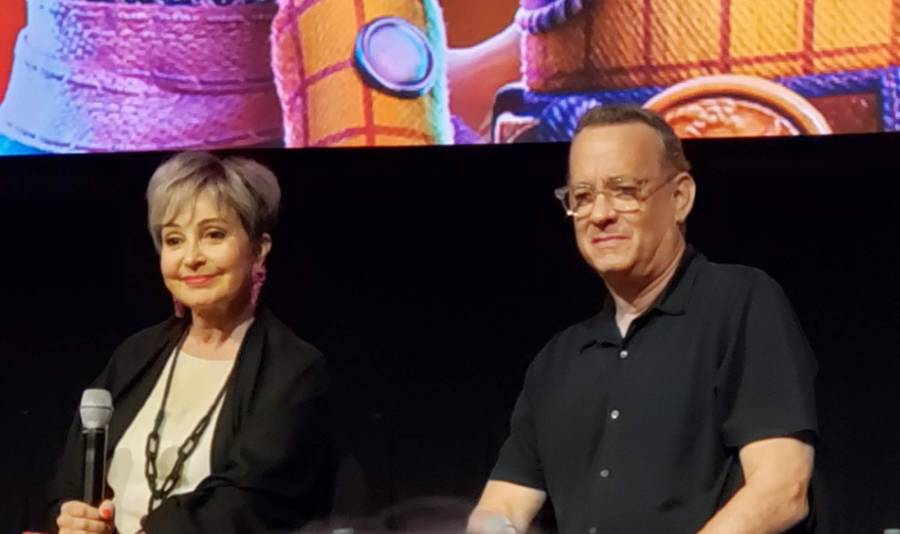 There’s a lot to love about Pixar’s Toy Story 4, but top of our list is the reunion of Woody with Bo Peep. What Peep was doing during her unexplained absence in Toy Story 3 becomes the catalyst for a whole new adventure as a… Read More »Tom Hanks on legacy of Woody and Pixar’s Toy Story films

When you play a dinosaur on the big screen, it’s important you have a roar like a dinosaur. In fact, how Arlo comes to discover his own roar becomes a key element of the story in Pixar’s “The Good Dinosaur.” A new special feature from… Read More »Finding the Roar – behind the scenes of Pixar’s The Good Dinosaur

Disney•Pixar’s upcoming movie “The Good Dinosaur” has released a new list of actors providing voices for the 2nd of two Pixar movies this year. Now providing the voice of Arlo, an Apatosaurus, is Raymond Ochoa (TNT’s “Rizzoli & Isles” and “Disney’s A Christmas Carol”) with… Read More »Cast revealed for Pixar’s “The Good Dinosaur” A few more stills from Pixar’s Brave were released yesterday and the first full length trailer is still scheduled to be released today. We’ll bring that when it’s available. Above is Lord MacGuffin, Lord Dingwall, and Lord Macintosh (voiced by the very talented Craig Ferguson… Read More »Two more images from Pixar’s Brave

Kelly MacDonald talks about her role of Princess Merida in Brave

Have you seen Harry Potter and the Deathly Hallows part 2? It’s only a minor spoiler, but there is a scene with the ghost of Helen Ravenclaw, The Grey Lady, that is impressing a lot of people. Disney fans should play close attention as the… Read More »Kelly MacDonald talks about her role of Princess Merida in Brave

Jim Cummings is the type of voice actor who turns up everywhere. Seriously. Check out his IMDB record and tell me you’re not surprised as some of his roles. Collider has an extensive interview with Cummings as he helps promote the new Winnie The Pooh… Read More »Jim Cummings’ first encounter with Winnie the Pooh