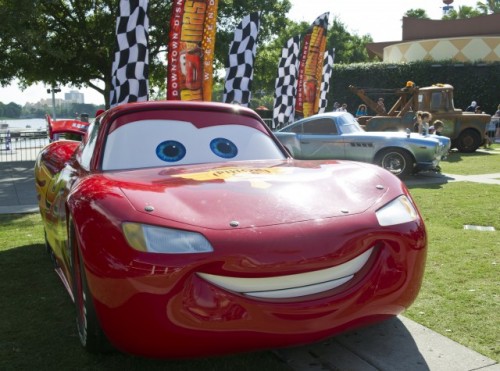 It’s almost time for one of my favorite special events of the year. Downtown Disney’s Car Masters Weekend. Held over Father’s Day weekend June 14-15 the entire shopping and dining district takes on the flavor of a classic car show with a modern twist–Car Masters Weekend features all things “Cars” plus special celebrity appearances, interactive exhibits, unique event merchandise and entertainment the whole family will enjoy.

On Downtown Disney West Side, guests can enjoy exploring the details and classic beauty of more than 100 classic, muscle and exotic vehicles from across the country. Fans also can judge their favorites along with the experts, culminating in an award ceremony Sunday. Joining in the “Cars” fun, Richard Petty Driving Experience at Walt Disney World Speedway will be unveiling two new full-size custom character cars, created by Disney•Pixar “Cars” creative director Jay Ward. The #28 Aiken Axler and #80 Sage VanDerSpin cars will be used in the new Piston Cup Junior Ride-Along program, available for bookings beginning June 14. Disney•Pixar “Cars” and “Cars 2″ characters Lightning McQueen, Mater and Finn McMissle also will be stopping by the event for meet and greets. 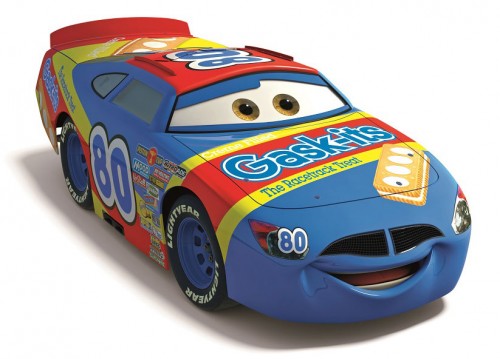 If you’ve parked at the TTC, you’ve probably heard the roar of race cars as they zoom around Walt Disney World Speedway. Sometimes they are actual professional drivers doing some testing or training, but usually that means the Richard Petty Driving Experience is hosting the most thrilling outside-the-berm experience you can enjoy while at the world.

For those who don’t want to drive, they have ride-a-long experiences and not too long ago, the RPDE added Junior Ride-A-Long’s for kids aged 6 to 13 (and 48 inches tall). While I did the driving myself, my son had the opportunity for a ride-a-long with one of the Petty drivers.  He assures me it was an amazing experience. He actually got to go faster than I did, since there was a pro behind the wheel.

As it works now, you ride in a car that had a former life in a NASCAR series and as such they’re stickered up like a real stock car would be. But for the Junior Ride-A-Long’s kids will soon be able to choose between two characters from Pixar’s animated feature film “Cars” – Aiken Axler and Sage VanDerSpin. You may recall that Richard Petty provided the voice of “The King” in the original “Cars” movie.