Walt Goes to Washington: Finding Disney in DC is a new book that explores the many ties Walt Disney, and the company he co-founded, have with Washington DC, the capital of the United States of America. From Walt’s connections with U.S. Presidents over the years,… Read More »New Walt Disney and Washington DC book fills void in Disney scholarship 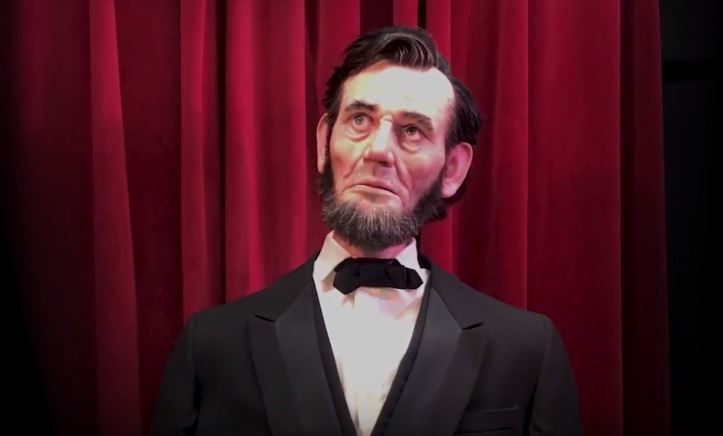 A few years ago Garner Holt productions took over production of audio-animatronic figures from Walt Disney Imagineering. They’ve been creating amazing humanoid robotic figures ever since. Their latest takes the cake for realism. This expressive talking animatronic of President Abraham Lincoln is a special effect… Read More »Garner Holt creates most lifelike audio-animatronic of President Lincoln yet

The Hall of Presidents Transformed

Update: video of President Obama as he records his lines for the show. “I [name] do solemnly swear that I will faithfully execute the Office of President of the United States, and will to the best of my ability, preserve, protect, and defend the Constitution… Read More »The Hall of Presidents Transformed

Here’s some great news. An updated ‘Great Moments with Mr. Lincoln’ will return to Disneyland later this year. The move comes in conjunction with work to move the Disney Gallery to a new home in the current ‘Bank of Main Street’. If that’s what it takes to get Abe Lincoln back on stage at his rightful place, then so be it.

It will be very nice if Disneyland brings back the Audio-Animatronic Mr. Lincoln during the Bicentennial celebration too. Five years away was just too long. However, there is no date announced for his return, just ‘this year’.

To all of you who sent in letters and comments to Disneyland Guest Relations, thank you.

Update: OC Register quotes Disneyland spokesman who says this will be a significant change from the last version. That version only drew lackluster results from fans of the old show and new audiences alike. 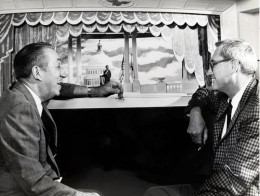