“Phineas and Ferb & YOU: A Brand New Reality” is a new experience coming to Downtown Disney Orlando this fall. Guests can stand in a virtual set and interact with a random sequence of animated segments featuring characters from Phineas and Ferb. How it works:… Read More »New Phineas & Ferb Virtual Experience Coming to Downtown Disney Orlando for Limited Time

The Flower & Garden festival may be over, but two new Topiary sculptures have been added to EPCOT. Ostensibly to promote the ‘Summer to Remember’ at Walt Disney World, the Phineas and Ferb shaped topiary were conveniently placed close to the check-in for “Agent P’s… Read More »Phineas and Ferb Topiaries Installed at EPCOT

July 12th-15th is the 2012 San Diego Comic-Con. This annual event showcases entertainment’s latest and greatest projects of the past, present and (most importantly) future. After a 2 year hiatus, Disney has decided to go back to the con (Disney did have off-site presence though,… Read More »Disney at Comic-Con 2012: What to Look Forward To The Perry Files is a Phineas and Ferb compilation DVD that was released on June 5th. It features 7 full-length episodes with a heavy focus on everyone’s favorite crime fighting mammal. For anyone who is new to the series, here is a quick synopsis of the… Read More »The Perry Files Review: “Curse You Perry the Platypus!”

New Segment added to The Magic, The Memories, & You – The Magic Kingdom Castle Projection Show 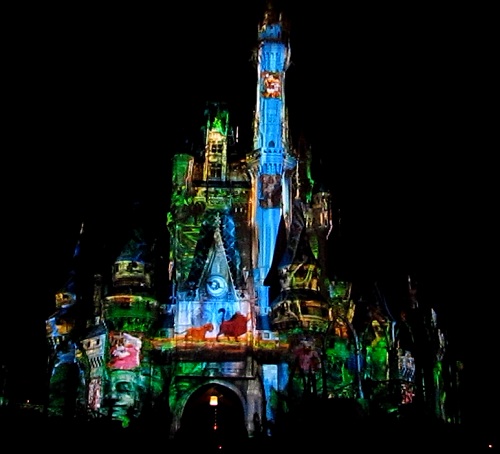 A new section celebrating summer has been added to the popular Castle Digital Projection show called The Magic, The Memories, and You! It kicks off with Phineas & Ferb and includes segments with The Lion King and Ariel, the Little Mermaid (not coincidentally two characters opening up at the Art of Animation Resort, I’m sure).

The Magic, The Memories, and You! plays at the Magic Kingdom at Walt Disney World.

Concept art for the show below the jump: