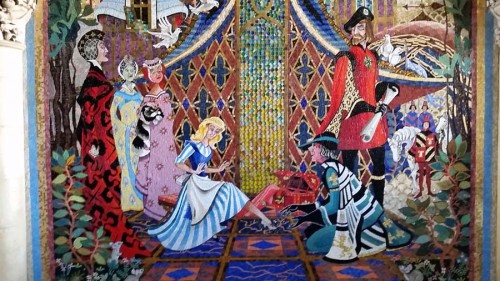 The Contemporary Mosaic Art Gallery blogs about a beautiful piece that thousands of Guests see at the Magic Kingdom every day. Here it is: Of course, the art gallery sees a beautiful rabbit, I immediately see the three green circles toward the bottom and think… Read More »Hidden Gems: Mosaic Art at Disney?