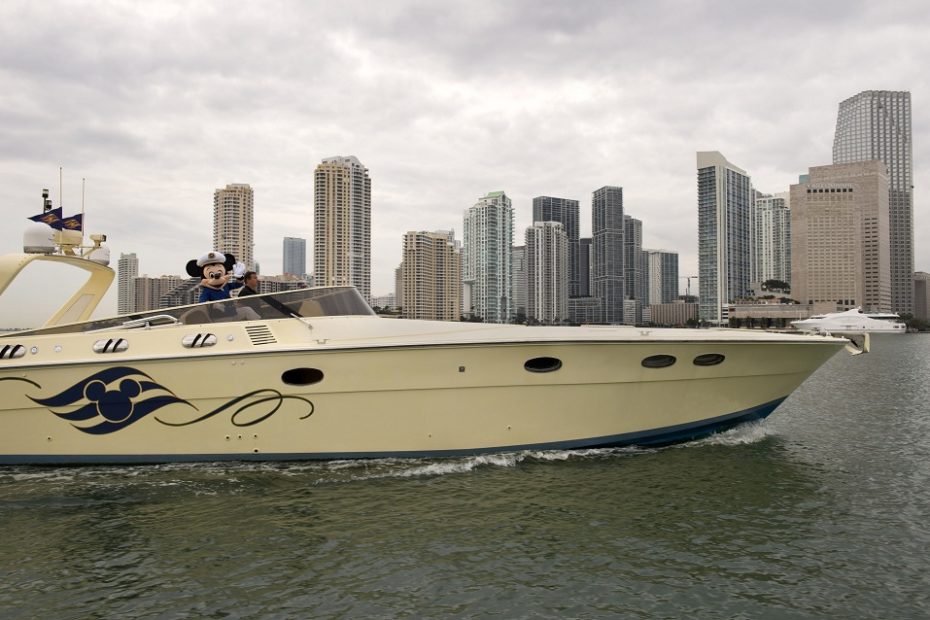 Love the speed boat Mickey! Looks like the Miami lifestyle suits you fine. Captain Mickey Mouse officially kicked-off the countdown for the arrival of the Disney Wonder to Port Miami with a Disney-style unveiling of a larger than life banner proclaiming “See You Real Soon.”… Read More »Disney Cruise Line Prepares for Inaugural Season from Miami

The Orlando Sentinel has a look at how far Disney might go to support High Speed Rail in Central Florida. They question if Disney would be willing to give up it’s free Disney’s Magical Express service, the first step in WDW’s attempt to make each… Read More »Disney World vs High Speed Rail