Editor: Please welcome guest author Marshal Knight who will be joining The Disney Blog as the reviewer for Charlie’s Angels. We wish him luck! 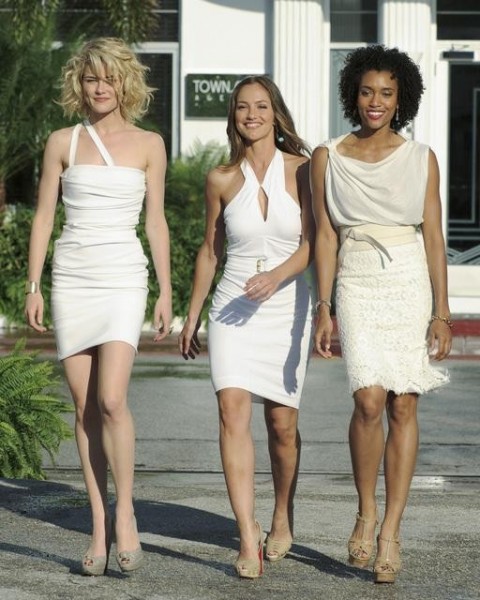 “Hello Charlie”, the infamous line from the hit 70’s and 80’s TV Show Charlie’s Angels has become a household phrase, and luckily it is returning. It started in 1976 on ABC and through the course of 5 years and 110 episodes, the show made stars out of 6 girls taking on the role of the Angels.

The premise is very simple, especially in the age of Lost and V. (I promise, there will be no smoke monsters and no hamster-eating lizards on this show!) Three women graduate from the L.A. Police Academy ready for anything to come their way, yet they are assigned to traffic control and handling the call center. They quit and quickly are hired by the Charles Townsend Agency, where we meet Charlie (though we never actually see his face).

The show did very well the first couple years, but slowly declined resulting in cancellation. The series was brought back in the late eighties, renamed Angels ’89 (Precursor to Epcot ’93?) which didn’t do so hot. In 2000, a movie version featuring Drew Barrymore, Lucy Liu, and Cameron Diaz as Charlie’s workers, premiered and made millions. This resulted in an equally successful sequel in 2003.

Today, in 2011, (Picture It, Epcot ’11…sorry, getting off track) the Angels are coming back to the small screen, produced by Drew Barrymore (apparently a huge fan…who would of thunk!). With a slight variant on the plot (these 3 women had problems with the law previously…but Charlie is giving them a second chance, especially since he knows their skills and how many people they could help). This new cast will also be the most ethnically diverse cast the show has ever had.

I am looking forward to seeing this revival…I mean, who doesn’t like a revival! (We try to forget the 2007 Bionic Woman remake…) Also the setting (Miami, FL) will add some nice backdrops and plot points to the show. Hopefully we can chat it up throughout the season! Remember, Thursdays at 8/7 central on ABC starting tomorrow night.

Marshal Knight is a Sophomore in High School living in Tampa, FL. He enjoys everything about the Disney company (Including Marvel, he’s not bias!) and is an Annual Passholder to the Walt Disney World Resort. His favorites include Hercules, Tower of Terror, Ratatouille, Dancing with the Stars (SEEEHHH-VEN) and Disney California Adventure (A salute to all parks, but mostly the one’s in America!) His twitter is @gaston1991