Congratulations to ‘Vader’s Mom’, winner of the 5 figures from the exclusive Vinylmation Villains series from The Disney Store. Thanks to everyone who entered. I enjoyed reading everyone’s choice of their favorite Vinylmation or for a figure they wish Disney would make. Who knows… maybe… Read More »Vinylmation Villains Series Winner 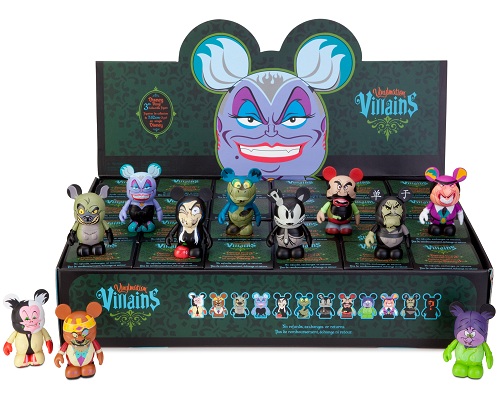 Fans of Disney’s latest collectibles craze, the Mickey Mouse shaped Vinylmation series, stay tuned. I have been sent a very special sneak peek at the Vinylmation Villains series created especially for The Disney Store and DisneyStore.com. The new series will be available beginning January 31, 2011. 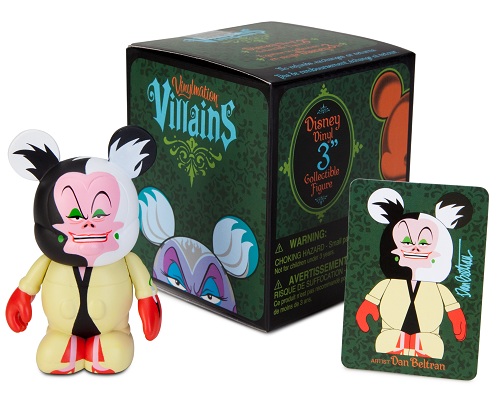 More previews and details of an exciting Vinylmation Giveaway below the jump:

Barring a last minute intervention from Dr. Octopus, the merger between the Walt Disney Company and Marvel is now complete. Yes, you can now buy Marvel product at the Disney Store online. (Actually, it really be complete when the Boys toys room at the World… Read More »Disney Store unveils Marvel product

The string of closures impacting Disney Stores across North America continues. This time a store in Fort Wayne, Indiana gets the axe. This appears to be part of a strategy by The Disney Stores to take advantage of the down commercial real estate market and… Read More »Another Disney Store closing

Celebrate “I Love Mickey” in February at the Disney Store

TheStreet.com TV has an insightful interview with Simon Waters, vice president and general manager, Disney Consumer Products North America. Waters explores how vast and varied the company’s product lines now are. What I would have liked to see covered is where Waters sees The Disney… Read More »Disney Consumer Products strikes Gold

With one of the nations biggest shopping days right around the corner, The Disney Store has been erroneously included in a rumor that is circulating the internet about stores that are closing locations. The Disney Blog has not been one of those sites. You may have seen the email which warns consumers not to buy gift cards this holiday season. Just to be clear the Disney Store is NOT closing 98 stores and gift cards will still be honored.

“As you may know, Disney Store closed 88 locations earlier this year to adjust our overall store portfolio,” said Jim Fielding, president, Disney Stores Worldwide. “This occurred during the transition from being a licensed business separate from The Walt Disney Company to becoming part of the Disney family once again. Disney Store has no current plan or announcement to close 98 Stores. This is inaccurate information that has been circulated via the Internet.”

Disney Store currently has locations in more than 220 malls across America. Like many other stores, they are gearing up for the day after Thanksgiving and stocking the shelves with toys and items for Disney fans across the nation. More than 100 locations are opening at midnight this year. To find out if a store near you is opening at midnight, please go to www.disneystore.com and click on the store locator or call 800-757-5933.

The full press release with details on the special deals available beginning on Friday at The Disney Stores, click below the cut:

New Disney Products For Your Home

LaughingPlace.com’s store has just started carrying a new line of Disney themed home products from Whitehall. There are some great Mickey Mouse Weathervanes, Mickey and Winnie The Pooh themed address plaques, and a Mickey Mouse Doorknocker that I’ll be ordering for myself. Buy some for… Read More »New Disney Products For Your Home