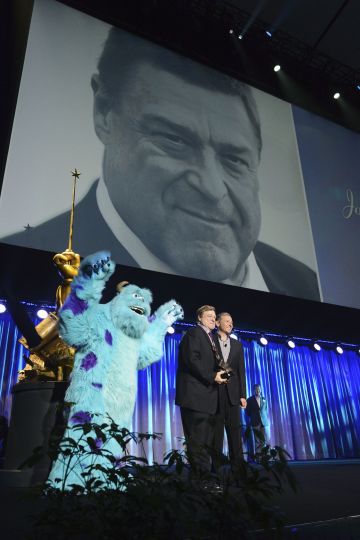 Highlights from the 2nd day of the D23 Expo. Features John Goodman and Billy Crystal’s Disney Legend ceremony, a bevy of red carpet interviews (you may have to turn up the volume a bit to hear, sorry), and scenes from the floor.

A few examples of fan cosplay below the jump:

Highlights from day one of the D23 Expo the official Disney Fan Club’s big convention. Included in the video is a welcome from Disney Chair and CEO Bob Iger, Pixar animation’s John Lasseter, the voice cast of Disney’s Frozen, Phineas & Ferb’s Wafflenator, and much… Read More »D23 Expo – Watch Day One Highlights 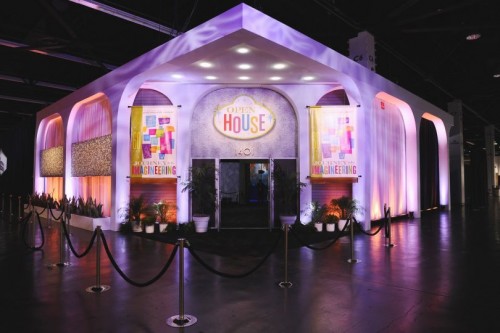 In the preview video below Steven Clark, head of D23: The Official Disney Fan Club, talks about what’s in store for this highly anticipated bi-annual event. Featured highlights this year include “Treasures of the Walt Disney Archives,” showcasing the 50th anniversary of “Mary Poppins”, the ABC drama “Once Upon a Time,” and a look at the long-standing connection between Disney and L. Frank Baum’s beloved series of books about the land of Oz.Read More »D23 Expo Opens Today, Sold Out for Saturday

I’ve stated before that I was unhappy with Disney for making their official fan club pay membership only. If you’re a fan, you’re a fan. You shouldn’t have to pay to get access to the information, events, and discounts that the company should want its… Read More »Official Disney Fan Club D23 to Offer New Free Membership, Finally

On June 23rd, the D23 Fanniversary Celebration finally made it to Orlando. After starting on April 27th and making its way across the country, its second to last stop was Disney’s Hollywood Studios. The event was a showcase of the various Disney anniversaries happening this… Read More »D23 Fanniversary Orlando Review

Earlier I posted a 30 second ad for Disney’s new Official Community for Fans D23, now here’s a longer version. In addition to the greeting by CEO Bob Iger, this one has more clips from great Disney movies and other memorable moments. It also features… Read More »Disney’s D23: Extended Video Ad