Behind The Scenes of Latest Annie Leibovitz Disney Dream Portraits

Disney has now released a few photos from the sets of the photo shoots for the latest images in the Disney Dream Portrait series by Annie Leibovitz. The first set featuring Russell Brand were shot back in November of 2011, almost a year ago, and the second set featuring Jack Black, Will Ferrell, and Jason Segel was shot in March of 2012. 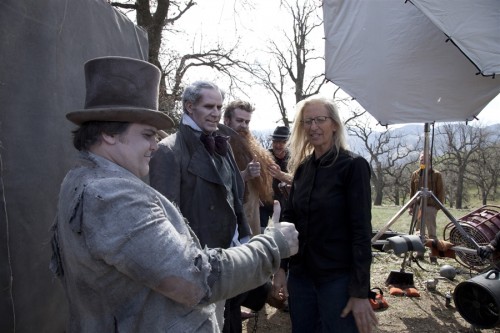