Michelle Snow is a huge fan of Disney, Marvel, and Star Wars in films and TV, as well as the Disney parks. She's also an award-winning writer who has written several guidebooks on Orlando. Follow her on Twitter @zengrrl. Her blog, CitySurfing Orlando covers Orlando and the theme parks. Her favorite rides at the Disney parks are Star Tours, Big Thunder Mountain, and Indiana Jones Adventure, and she may have cried tears of joy when she first saw the Millenium Falcon at Galaxy's Edge. She collects anything to do with Snow White, Grumpy, Tinkerbell, and Stitch. She also has an unhealthy obsession with Jedi and Iron Man. 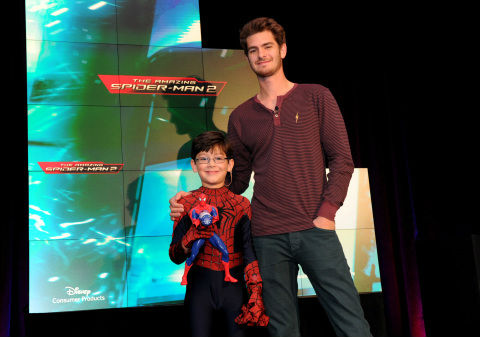 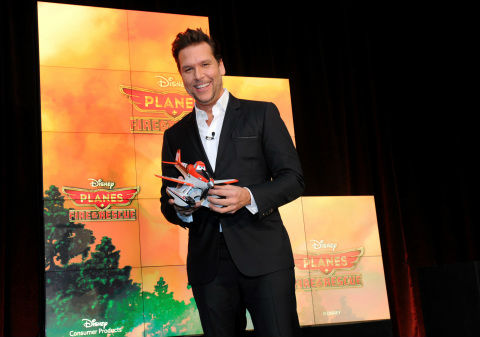 The Force was with actor Freddie Prinze, Jr, as he introduced toys inspired by the upcoming animated TV series, “Star Wars Rebels.” Prinze, who voices Kanan on the show, holds a LEGO Star Wars Rebels Ghost Ship (SRP $79.99, available August 2014) from the show, with Stormtroopers keeping a watchful eye. 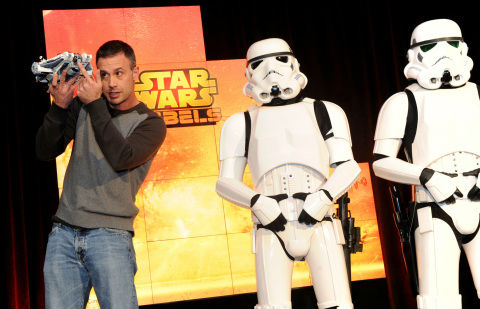 Actor Chris Pratt of Marvel’s Guardians of the Galaxy made a special appearance via video to share his excitement about how his character’s stories are being brought to life through the action-packed Guardians toy line. He’s especially excited about the Star-Lord Quad Blaster by Hasbro (SRP $19.99, available July 2014), which fires four included NERF darts.

“Disney Consumer Products is firing on all cylinders across our diverse franchise portfolio, and at this year’s Toy Fair we’re building off a successful 2013 to showcase the best of our new and storied properties that will heat up toy aisles in 2014,” said Josh Silverman, executive vice president, global licensing at Disney Consumer Products. “We’re excited to see these four properties take off at retail as we know these innovative products will resonate with kids and fans who want to create their own heroic stories.”

Thanks to Disney Consumer Products for the photos from the event. Plenty more below the jump:

Every year, The Paley Center for the Media in Los Angeles holds PaleyFest, a series of live panels featuring various television show casts. On March 23, PaleyFest 2014 will honor Marvel’s Agents of S.H.I.E.L.D. with a panel. Scheduled to appear are cast members Clark Gregg,… Read More »PaleyFest 2014 to Host Marvel’s Agents of S.H.I.E.L.D. Panel on March 23

What happens when Frozen’s Elsa decides she’s tired of being a damsel in distress needing saving by a man? This parody video starring many of your favorite Disney Princesses tries to answer that question. The song is “I Don’t Need a Man” and the video… Read More »AVbyte Presents a Parody Video of Disney Princesses Tired of Being Damsels in Distress