For everyone who has been bemoaning the lack of original films coming out of Hollywood, you’ll be excited for 2020 where no less than 6 original animated films will be coming from Disney’s collection of animated projects. This week we got our first look at “Soul,” one of two new films from Pixar Animation Studios in 2020.

We are big fans of Pete Docter, a two-time Academy Award-winner, who will co-direct “Soul” with Kemp Powers. According to Docter, the idea for the story is 23 years in the making.

“It started with my son—he’s 23 now—but the instant he was born, he already had a personality,” says Docter. “Where did that come from? I thought your personality developed through your interaction with the world. And yet, it was pretty clear that we’re all born with a very unique, specific sense of who we are.”

“Soul” introduces Joe Gardner, a middle-school band teacher whose true passion is playing jazz. “I think Joe is having that crisis that all artists have,” says Powers. “He’s increasingly feeling like his lifelong dream of being a jazz musician is not going to pan out and he’s asking himself ‘Why am I here? What am I meant to be doing?’ Joe personifies those questions.”

The film is set in New York City—inviting filmmakers to capture everything they love about the city of dreams. “I was born and raised in New York,” says Powers. “This is the first time Pixar has gone to my hometown and I’ve been so impressed by the amount of energy that goes into making sure that everything is right. When the character’s in Queens, it looks like he’s in Queens. When he’s in Manhattan, it looks like he’s in Manhattan. It’s pretty incredible.”

The big-city backdrop proves the perfect place to set a story interwoven with jazz music. Globally renowned musician Jon Batiste is writing original jazz music for the film, and Oscar winners Trent Reznor and Atticus Ross (“The Social Network”), from Nine Inch Nails, are creating an original score that will drift between the real and soul worlds. The teaser trailer offers a taste of what’s in store for moviegoers.

“I grew up with Peanuts cartoons and the Vince Guaraldi music,” says Docter. “I feel like it’s coursing through my veins and this is our version of that. Jon Batiste is a fantastic musician—he’s a historian yet is able to push the music forward, bringing all these different influences to the work. I sincerely hope that the jazz music in ‘Soul’ will inspire a whole new generation.”

Adds Murray, “The contrast that Trent Reznor and Atticus Ross bring is really exciting. It’s an unexpected choice for Pixar—this is like nothing we’ve ever done before.”

In the film, just when Joe thinks his dream might be in reach, a single unexpected step sends him to a fantastical place where he’s is forced to think again about what it truly means to have soul. That’s where he meets and ultimately teams up with 22, a soul who doesn’t think life on Earth is all it’s cracked up to be. Jamie Foxx lends his voice to Joe, while Tina Fey voices 22.

“The comedy comes naturally,” says Murray. “But the subtle emotion that reveals the truth to the characters is really something special.”

If you haven’t seen the new trailer for Pixar’s “Soul,” here you go. We love how much detail has been put into every frame and the diverse character design has us excited too:

2020 is shaping up to be a banner year for Disney animation fans.

If 2020 was a shopping cart it would be full to the brim with Disney animated features. There are two films from Pixar (“Soul,” “Onward“) and “Raya and the Last Dragon” from Walt Disney Animation Studios. Three original films should keep Disney animation fans very happy. 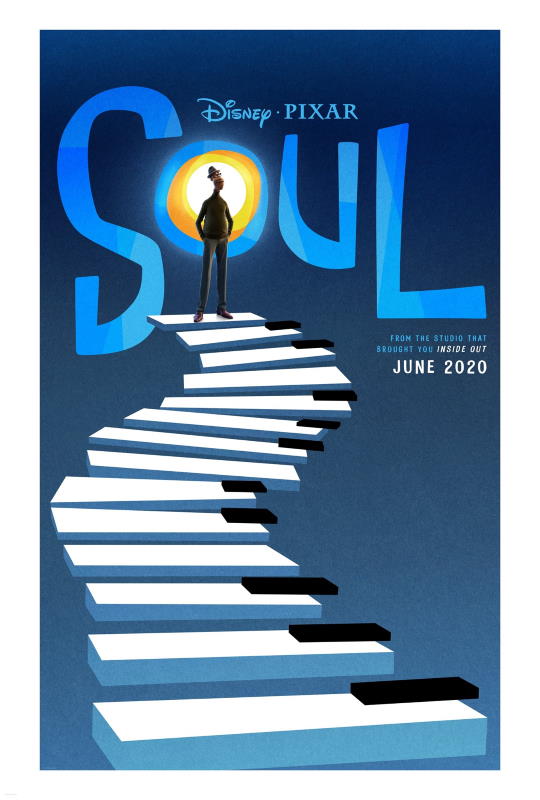 Then, to top it off, the acquisition of Fox studios has doubled the number of animated films that will be released in 2020. 20th Century Fox Animation will release “Bob’s Burgers: The Movie,” and Locksmith Animation is planning to release “Ron’s Gone Wrong,” in a one picture deal before distribution rights switch to Warner Bros.

The first film of the year will be “Call of the Wild,” which is being distributed by 20th Century Fox from 3 Arts Animation, which technically brings “Lilo and Stitch” director Chris Sanders back to the Mouse House (after a less than harmonious separation after “Bolt”). I think this one has the potential to be a big hit even though its release date was pushed back from Christmas to clear theater space for “Star Wars: The Rise of Skywalker.” Sanders’ “How to Train Your Dragon” series has a legion of fans and this dog focused movie is right in Sanders’ wheelhouse. Plus it has some big names in the voice cast especially, Harrison Ford, Dan Stevens, Karen Gillan, and Bradley Whitford.

It’s possible one of these films will move to 2021, but there are already three animated films planned for 2021. 2019 is full too with “Frozen 2” and “Spies in Disguise” still to open in theaters.

Which of these movies are on your must-see list? Which are you just learning about today?