A new trailer for Disney and Pixar’s “Onward” has dropped and revealed more about the story of the next original animated feature from the Emeryville studio. Set in a suburban fantasy world, “Onward” introduces two teenage elf brothers, Ian and Barley Lightfoot (voices of Tom Holland and Chris Pratt), who embark on an extraordinary quest to discover if there is still a little magic left out there.

It’s more than a quest to see if there is still magic out there, it’s about family:

We can tell this movie is going to be chock full of those fun moments where you recognize how the world of “Onward” is a lot like ours, despite being populated by Orcs, Trolls, Fairies and other formerly magical creatures.

We’ve already spotted one big Easter Egg, the Pizza Realm restaurant, which is a take on the Pizza Planet franchise from Toy Story. There’s event the little pizza planet icon on the sign. 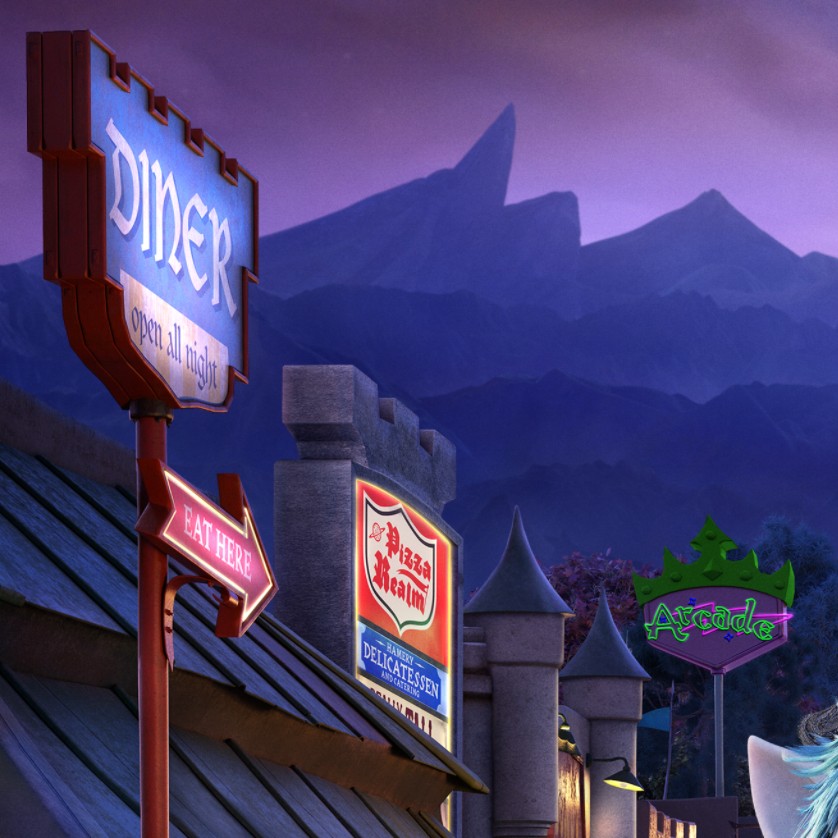 We also really enjoyed watching Chris Pratt and Tom Holland react to watching the trailer for the first time:

There’s also a new poster for the movie: 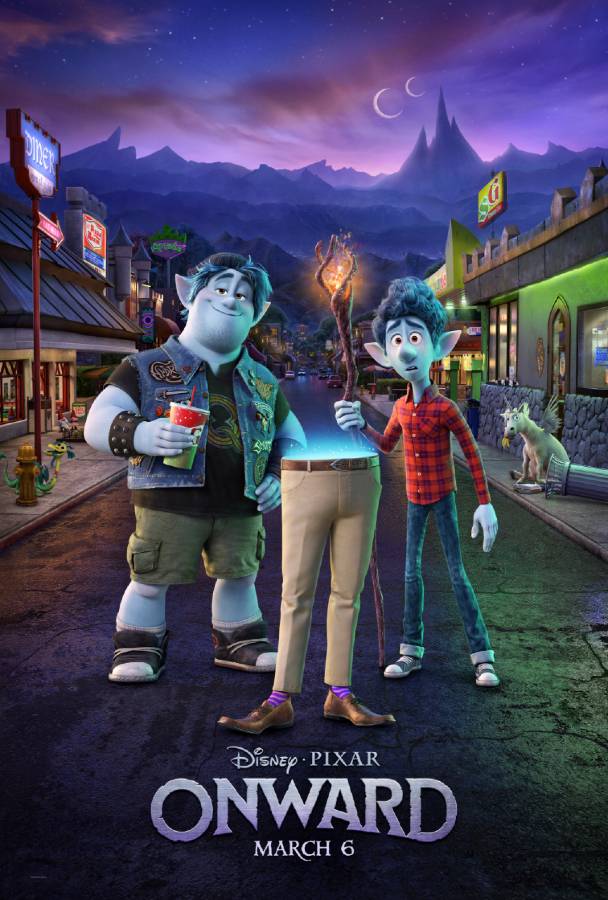 “Onward” hits theaters March 6, 2020 and also features the voice of Julia Louis-Dreyfus as Ian and Barley’s mom, Laurel Lightfoot, and Octavia Spencer as the voice of the Manticore. Pixar Animation Studios’ all-new original feature film is directed by Dan Scanlon and produced by Kori Rae—the team behind “Monsters University.” 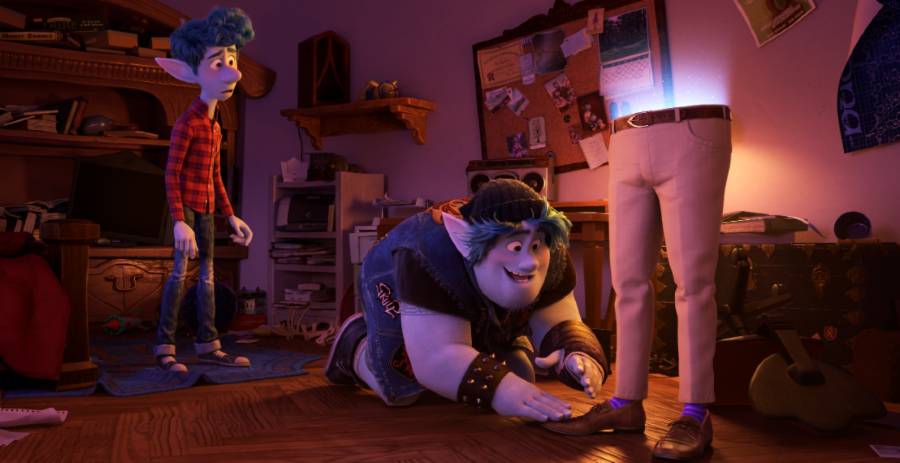 The quest to restore magic in the world is a pretty common trope of fantasy writing, but I’m excited to see Pixar’s take on it. What do you think of the new trailer? Did you spot any other fun easter eggs?