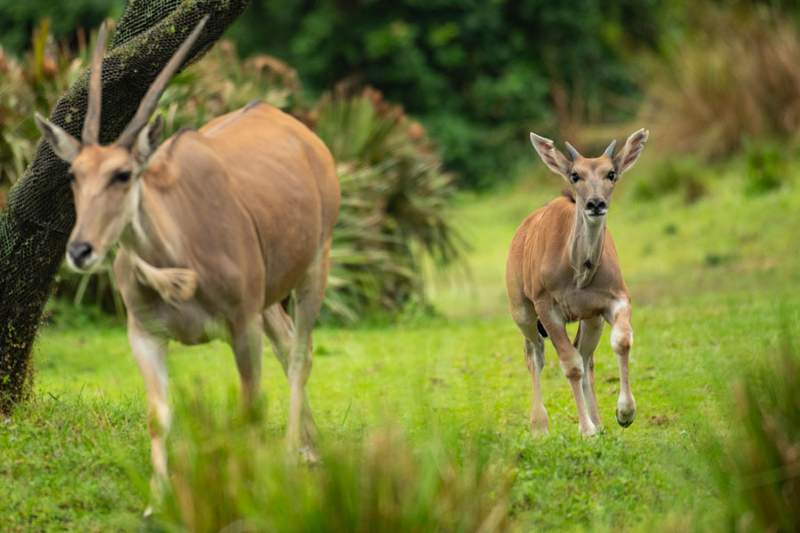 Disney’s Animal Kingdom has welcomed their newest eland calf, Doppler, onto the Kilimanjaro Safaris savanna! A lot of fun and frolicking was had as you can see in the photos. Born in early September, right after Dorian rolled by Central Florida, Doppler’s name is inspired by the radar meteorologists used to track the storm.

Doppler was born as part of a species survival plan developed by Disney’s animal care team in partnership with the Association of Zoos and Aquariums (AZA). Eland are the among the largest antelope on the planet, they can weigh up to 1,500 pounds, and have a distinct appearance from most antelope.

The athleticism of the Eland antelope is impressive for their seemingly ungainly size. According to the AZA, they can leap over 6 feet in the air from a standing position, and can run for long distances at speeds of 20 miles per hour! 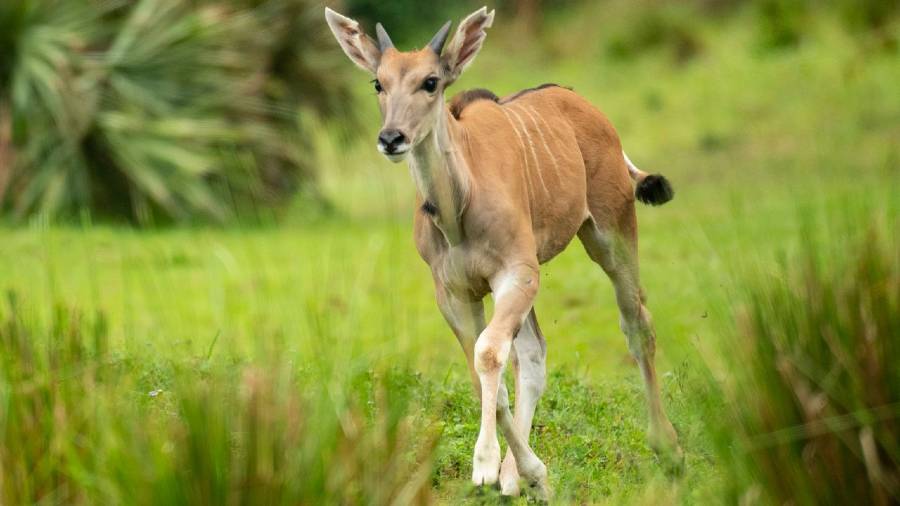 Disney reports that since his birth, Doppler has spent important time bonding with his mother, Clover, in a backstage habitat. He’s been growing quickly. He weighed nearly 70 pounds at birth, and he’s already almost doubled that in just two months. 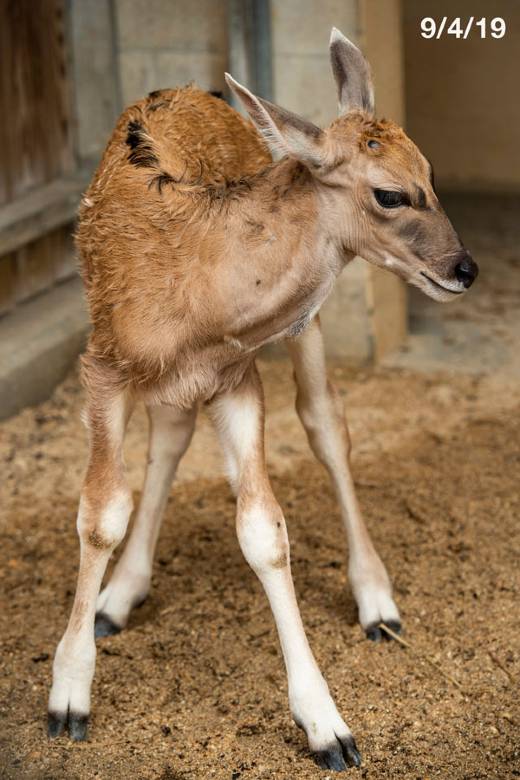 What do young eland eat? Disney says Doppler enjoys foods like lettuce, carrots, and sweet potatoes. He’ll also continue nursing with his mom for the next few months as he continues to grow and explore. 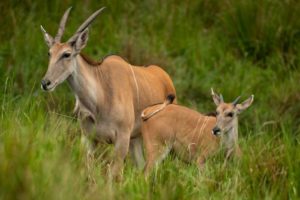 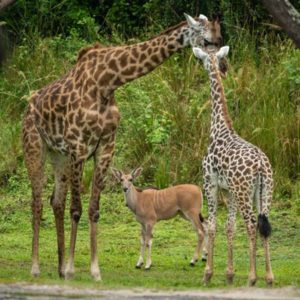 Doppler is now part of the antelope population on Kilimanjaro Safaris, keep an eye open in the savanna area of the attraction. The natural range of eland is in the southern portions of the African continent where there are approximately 100,000 of the species living in the wild.