The Walt Disney Company has come a long way in the last 96 years. It started as a little storefront studio in Hollywood where Walt Disney and his brother Roy brought in a few artists to start making animated shorts and commercial movies. Since then it’s come to dominate the Hollywood box office, redefine themed entertainment, and elevate the cruising experience (among many other accomplishments before and after Walt’s death).

It pays to know how the company got to where it is today and that is why we turn to Disney historians like Dave Bossert.

If you want to learn more about Walt before Mickey you’ll want to get yourself to the NorCal Disneyana Fan Club’s November 10 event at the Stage Nine Entertainment Store in Old Sacramento. Disney historian and author Dave Bossert will be doing two special talks: ‘Walt Before Mickey: The Oswald the Lucky Rabbit films,’ and; ‘Walt Disney’s Imagineer Claude Coats — The Making of Disneyland: From Toad Hall to the Haunted Mansion.’ The event is a fundraiser for the Sacramento Public Library and will donate non-fiction Disney books to the library. Tickets for the full afternoon are $30 per person; eight priority, front-row tickets are $50 each. There are still plenty of seats available and every ticket sold is another donation to the library.

Bossert is a former creative director and head of special projects for Walt Disney Animation. This will be the first time Bossert has given these talks in the NorCal or Bay Area. His most recent visit was to the WDFM 9 years ago. That makes this a pretty exclusive event.

If you can’t make it to Sacramento, we do recommend picking up Bossert’s books — “Oswald The Lucky Rabbit: The Search for Lost Disney Cartoons” and “Kim Weber: Mid-Century Furniture Designs for the Disney Studio.” 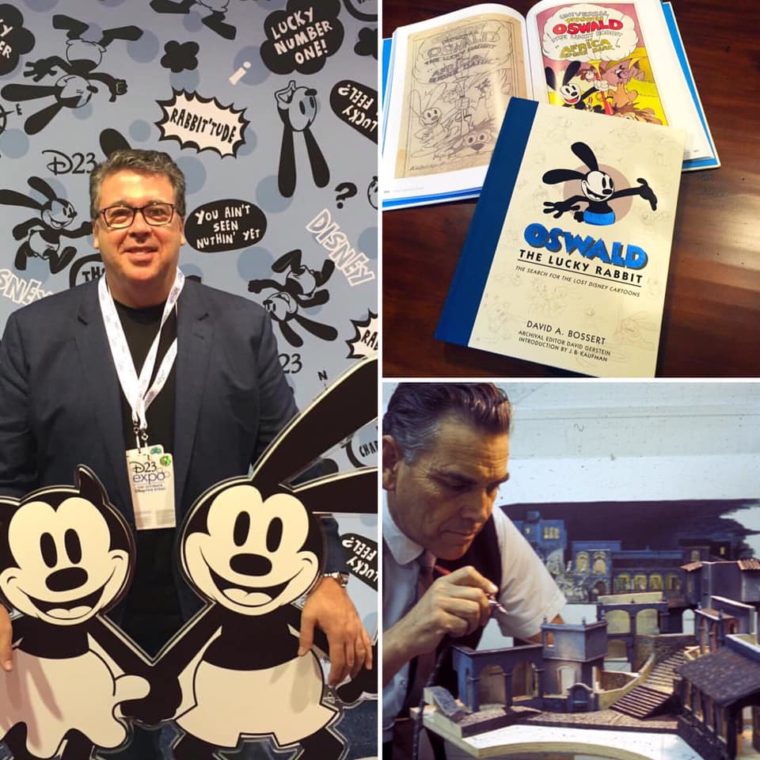 To reserve a seat email the organizer at [email protected] A PayPal invoice will follow. Seating is limited and ticket sales are first-come, first-served. Doors will open at 12:30 p.m. with the first talk beginning at 1 p.m. There will be a 45-minute snack break and chance to briefly meet Dave between the talks. The event will end about 5:15 p.m.