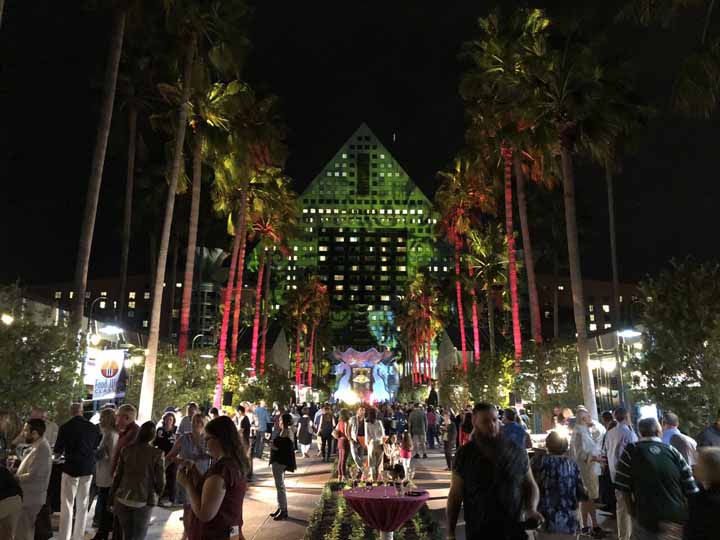 The best value for food and wine lovers at Walt Disney World is returning to celebrate its 10th year. The Walt Disney World Swan and Dolphin Food & Wine Classic runs November 8-9 and it’s bigger and better than ever.

We spoke with Kristian Laplante, Certified sommelier and Assistant Food and Beverage Director and also one of the instructors at the event’s popular seminars.

The popular food event has grown significantly over its 10 year run. When The Food & Wine Classic opened for the first time there were just 26 beverage options, this year there are over 170.a There are four times more food booths in 2019 than there were in the Classic’s inaugural year.

The event has also grown in square footage. Initially taking place just on a portion of the causeway between the two resorts, it now surrounds the resort’s private lake and the causeway and extends around the outside of the hotels taking up over 75,000 square feet.

This year they expect to serve:

There are 9 resort restaurants represented this year and 6 themed areas. Six musical acts will perform at the event this year, 3 of which are making their festival debut in 2019. It takes hundreds of cast members to work the festival, but there’s a core group of 120+ who have worked all 10 years of the Classic.

All that is just part of the reason you have to buy your tickets for the event this year. The other big reason is the food. Tomorrow we’ll be back with an interview with the head Chef and a look at some of the food we were able to preview ahead of the big nights.