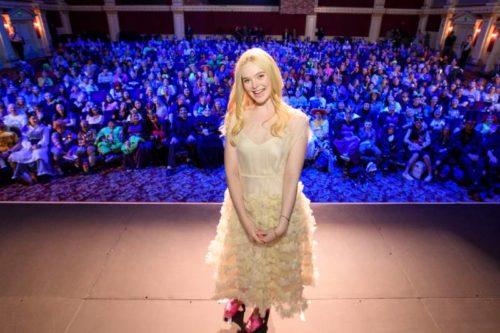 In the midst of Halloween Time at the Disneyland resort, actress Elle Fanning, who plays Aurora in “Maleficent: Mistress of Evil,” surprised guests at Sunset Showcase Theater in Disney California Adventure on Sept. 29, 2019, after they caught a sneak peek of footage from the feature film. Fanning was in town to attend the world premiere of Mistress of Evil, which happened last night in Hollywood.

I like that Fanning posed in front of Sleeping Beauty Castle, which is where her character Aurora lives.

Fanning also took the time to pose with fans including these lucky guests who got a selfie with the actress. 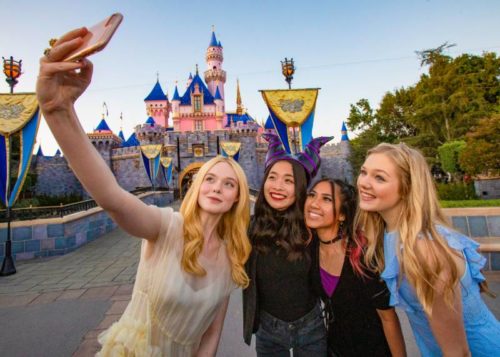 Another look at Fanning in front of the castle 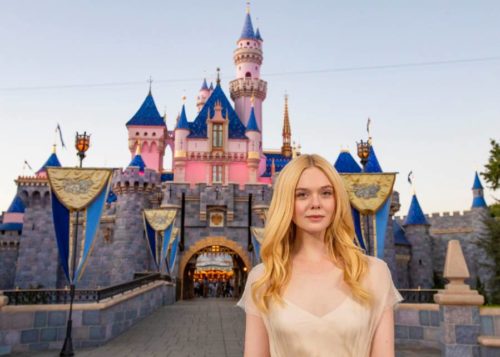 For a limited time, guests can enjoy a sneak peek of Disney’s “Maleficent: Mistress of Evil” at the Walt Disney Presents attraction at Disney’s Hollywood Studios in Walt Disney World, and in the evenings at Sunset Showcase Theater in Disney California Adventure in Anaheim, CA.

previousTravels with Figment: A Fond Farewell from (and to) Disney Legend Marty Sklar
nextThe EPCOT Experience preview center – a look inside