Even more buses with character arrive at Walt Disney World 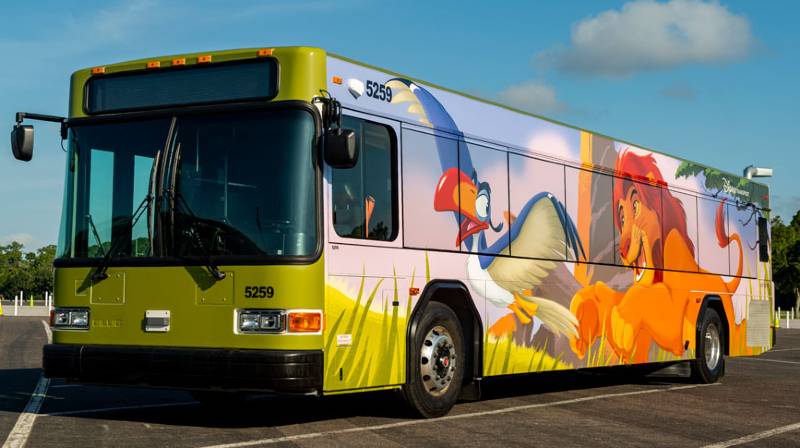 Earlier this summer Disney debuted a new class of bus transportation at Walt Disney World. The colorful character buses feature the faces of Disney’s sensational six (Mickey, Minnie, Donald, Daisy, Goofy, and Pluto) in big bold colors on the side of each bus. Now that project has extended to even more characters. 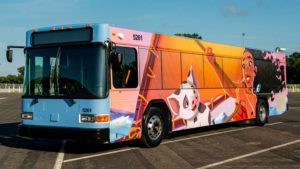 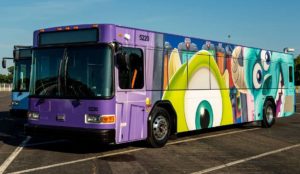 One of the nice features about this new class of transportation at Walt Disney World is the inclusion of USB recharging ports for your electronic devices. Located beneath the seats, you’ll be able to plug in and charge up on your way to the parks, Disney Springs, or back to your hotel. 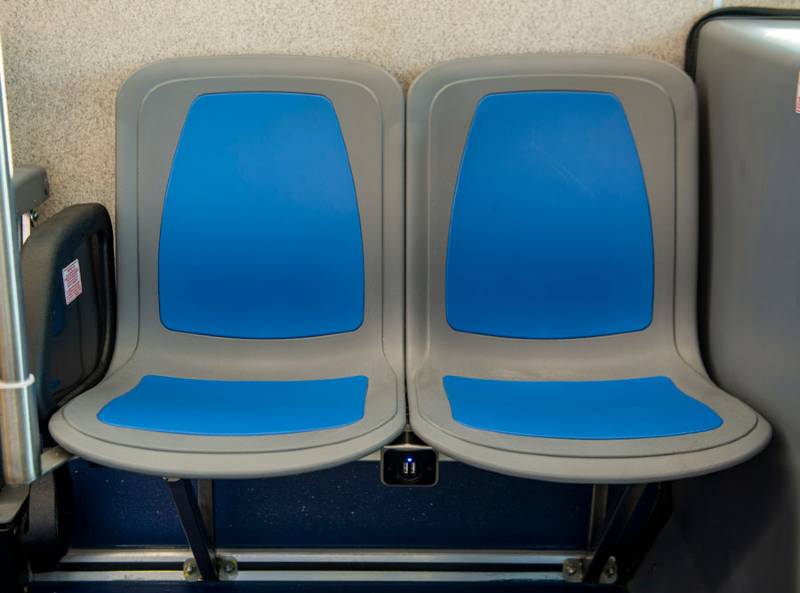 This bold new concept for Disney buses is a logical extension of the movie marketing related wraps that go on the monorails and other buses. How far do you think Disney might take it?

I’ll be curious to see if Disney extends this trend beyond animation to other properties it now owns like classic comic book characters, the Muppets, or even from a galaxy far, far away – Star Wars.