Legends of Hollywood recently returned from a multi-month refurbishment where the space was expanded to include the two former Planet Hollywood store fronts. Since we were at the park for the Star Wars: Galaxy’s Edge grand opening, we stopped by to see what was new. We were excited to see a brand new look and, in what might be a first at Walt Disney World, a plus size mannequin.

The main store is no longer a kiddie clothing store, a Frozen store, or a Star Wars store, as it has been in the recent past, but is now home to a bright, airy, and large Pandora jewelry store.

In the adjacent space is a smaller version of the Dress Shoppe with some Loungefly bags and other accessories as well. Basically everything you need to look fabulous showing of your favorite Disney fandoms.

One of the things we noticed is a plus-sized mannequin rocking a Haunted Mansion dress. We love to see all body sizes and abilities represented in fashion whether its a live model or a store display. 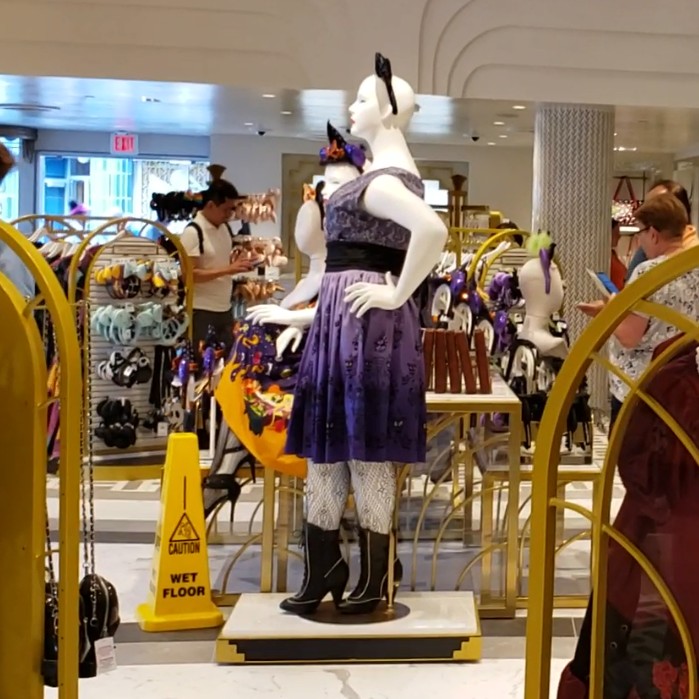 We’re not 100% sure, but this might be the first full figure mannequin in a Walt Disney World merchandise location. We love that it demonstrates a more diverse view of what happy, healthy, and beautiful can include. A vision where guests of all sizes and abilities can see themselves having access to Disney fashion. We’re 100% on board for more of that throughout Walt Disney World. 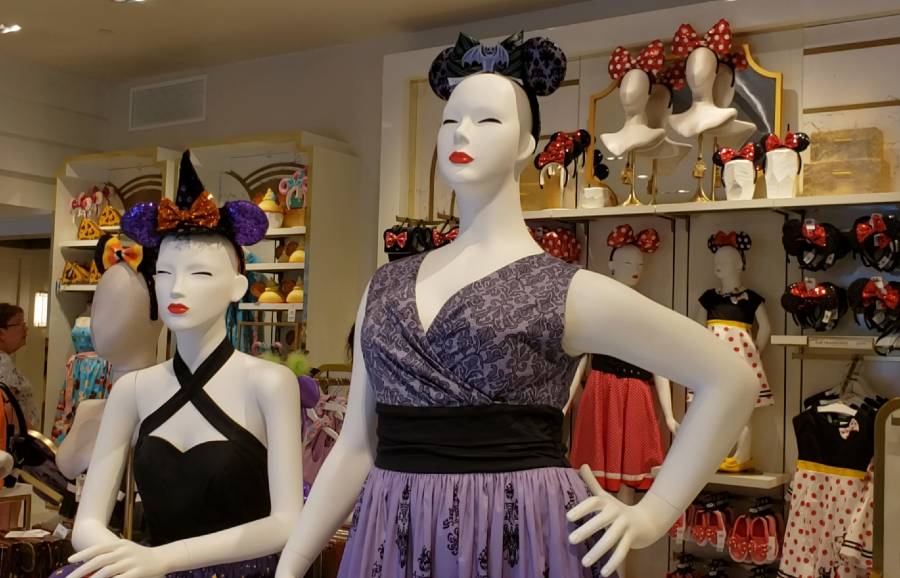 As for the store’s design. We like the brighter more airy look. It allows the bright colors and Disney character forward look of the merchandise to stand out. We are a bit sad that we’ve lost that great mural on the back wall of the Legends of Hollywood store though.

Mickey’s of Hollywood has been closed for a refurbishment as well. I wonder if the remodel will be similar to what Legends of Hollywood received