A new roller coaster arises in the back corner of Tomorrowland in the Magic Kingdom. The TRON themed roller coaster sits right next to Space Mountain and is expected to be a near-clone of the popular TRON Lightcycle Powerrun roller coaster that opened with Shanghai Disneyland. The TRON coaster in Orlando does not yet have an official name revealed.

Progress is underway with a goal of having this version open in time for Walt Disney World’s 50th anniversary in 2021. The latest construction has included work on the show building, which will act as additional sound barrier for nearby Disney resorts, and some additional footings that will support the section of the coaster that flies out back toward Tomorrowland and over the train tracks and back.

If you head to the Magic Kingdom you can see it from the queue area of Goofy’s Barnstormer, a much tamer roller coaster. 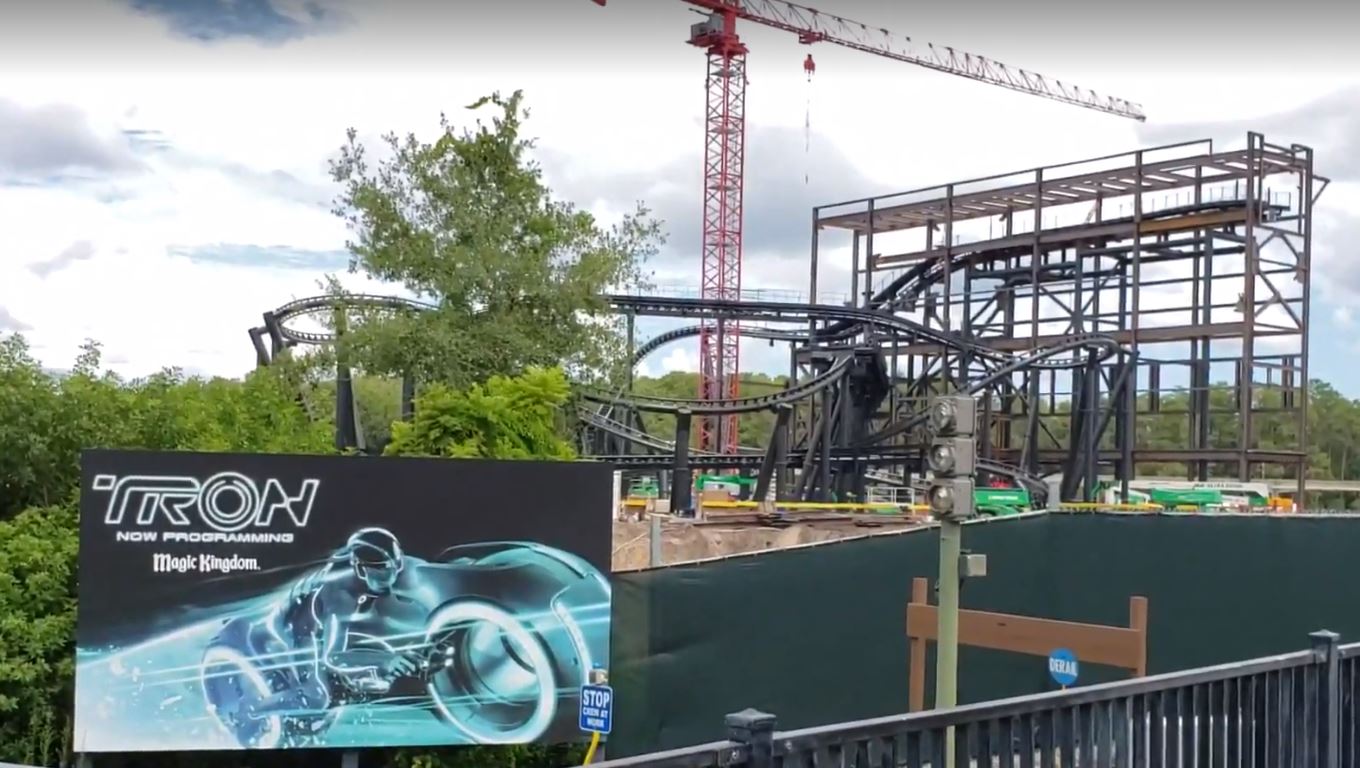 There isn’t much new track laid since our last video, but lots of work around the edges. A closer look at this section reveals how part of the track will go through a relatively small tunnel. 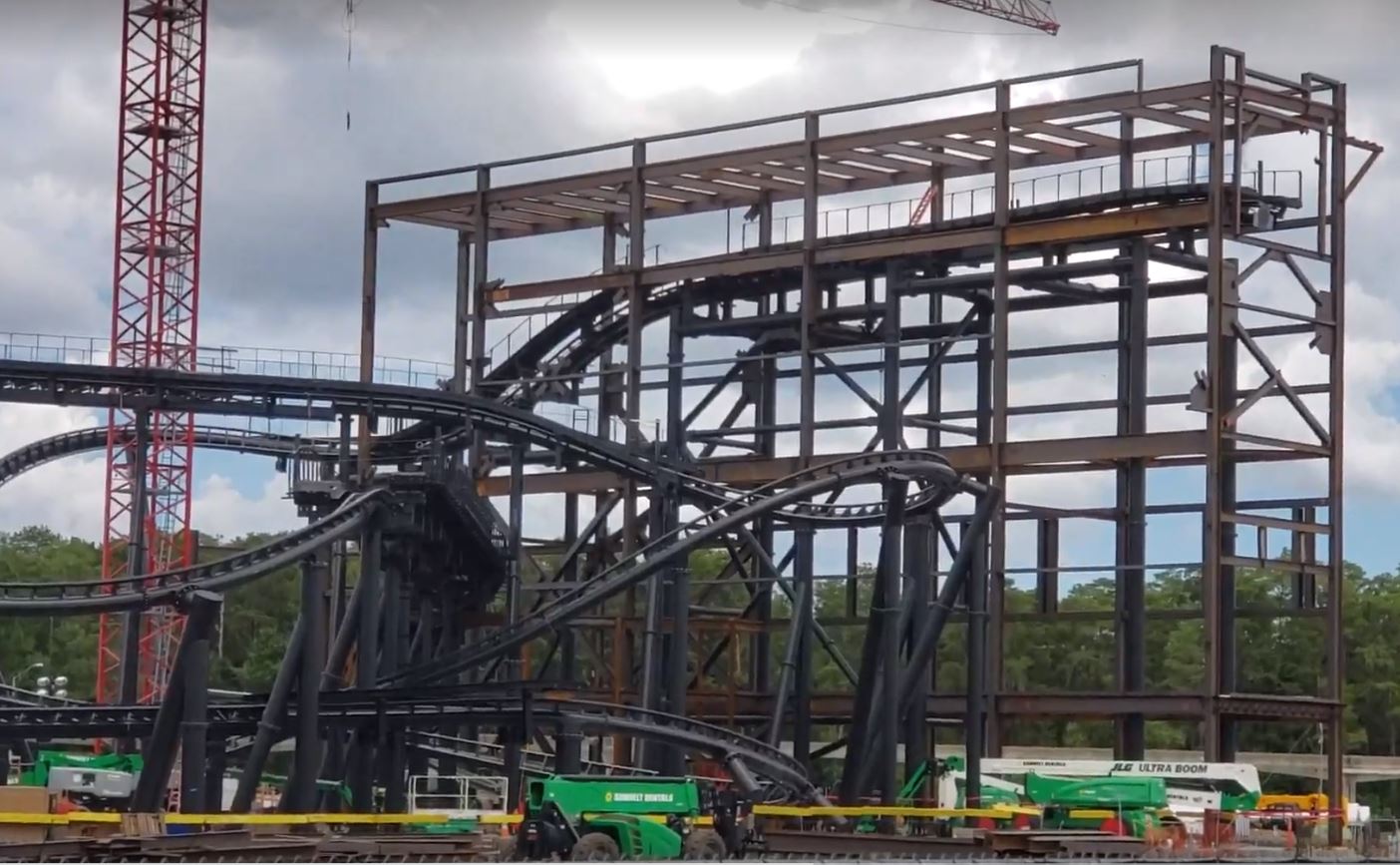 Moving over to the PeopleMover we get a view of the coaster track from another angle. 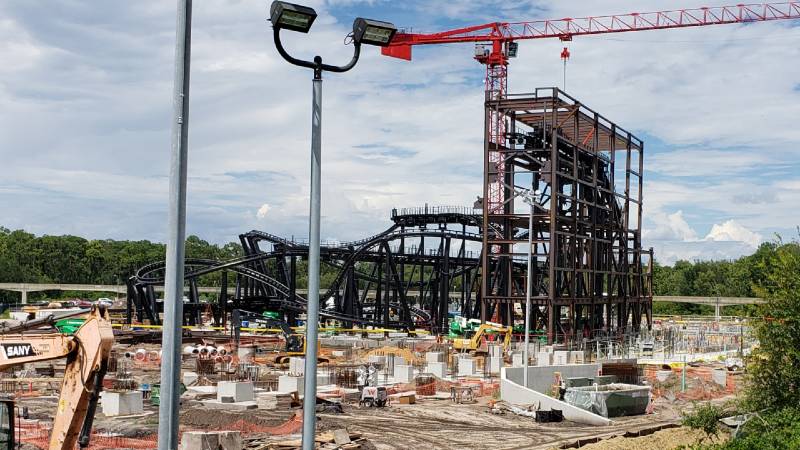 This is the section of footings that will support the track that goes over the train tracks and pedestrian path and the elevated queue area. Work has to hurry up here so Magic Kingdom can reopen the Walt Disney World Railroad which has been closed during this construction. 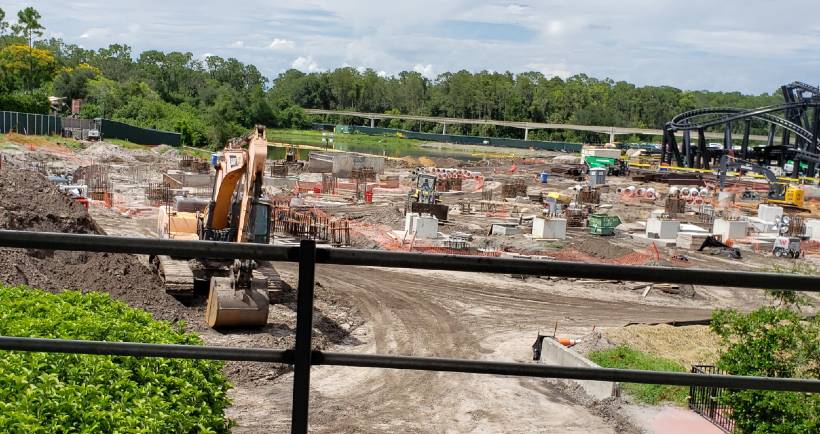 The show building will be visible from the Monorail and Disney’s Contemporary Resort, which will add new visual appeal during the day and new illuminated look at night. Are you looking forward to riding the new TRON coaster at Walt Disney World? What is the next major attraction you hope to see added to the Magic Kingdom? We still think they need to add a theater for stage shows.